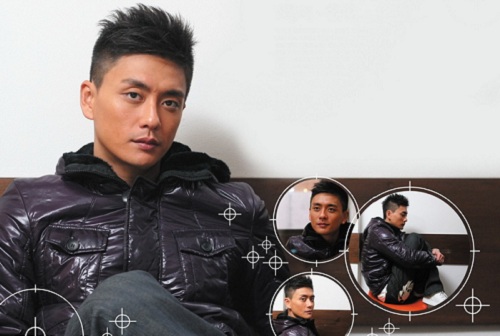 When the paparazzi took photos of a fully nude Bosco Wong(黃宗澤) at home last June, fans and artists were outraged. Yesterday, after thorough review of the cases, the Privacy Commission established that the tabloid magazines violated privacy rights in the taking of such unauthorized photos. The Privacy Commission’s findings resulted in strong reactions from celebrities who were victims of the paparazzi’s aggressive tactics. Chow Yun Fat (周潤發), Anthony Wong (黃秋生), and Aaron Kwok (郭富城) blasted the tabloids’ unethical violation of artist rights!

In June 2011, photos of a fully nude Bosco Wong showering with Myolie Wu were taken through his home window with a telephoto lens camera. The paparazzi spied on him for several days waiting for the perfect photo opportunity. Just days earlier, the paparazzi had also taken photos of Vincent Wong in his underwear briefs  kissing Yoyo Chen at home. With the artists’ privacy consistently violated in their own homes, TVB filed complaints last June with the Privacy Commission against Face Magazine and Sudden Weekly Magazine for the unauthorized taking of the nude photographs.

Fortunately, Bosco, Vincent, and Yoyo’s complaints did not fall on deaf ears.  After a 6-month investigation, the Privacy Commission established that the tabloid magazines had violated privacy rights. The Commission’s decision was a positive step towards establishing potential future legislation to protect artists’ privacy.

Past Victims of Aggressive Paparazzi

Myolie Wu (杏兒去) was present when Bosco Wong was photographed nude at his home last June.  She pointed out that artists and the media shared a mutually beneficial relationship, where they needed each other. It was important to have mutual respect for each other. “Taking photographs through a home window requires highly specialized equipment. It also affects our neighbors. As an artist, I am happy with the Privacy Commission’s decision.”

Chow Yun Fat sighed that artists were also people whose privacy rights need to be protected. Chow Yun Fat indicated that in the past, the paparazzi had taken photos of him at home, through a camera situated in a building across his house. He did not believe that artists’ privacy should be forsaken in the name of public interest. Chow Yun Fat noted that the tabloids intrusive actions had crossed ethical lines. “Everyone should have a level of respect. Everyone has a bottom line!”

Known for his unminced words, Anthony Wong denounced the paparazzi’s invasive measures. He advocated for punitive measures to be implemented for future violation of privacy. Anthony revealed that his son was the object of unauthorized photos taken on the street. The Hong Kong Performing Artistes Guild had filed similar complaints to the deaf ears of the Privacy Commission earlier.

Anthony said, “Taking photos through someone’s home window is despicable! It is similar to taking photos of someone peeing in the bathroom! Or underskirt photos! There should be privacy on the street and at home…. The unethical media needs to have more self-restraint. I hope that there will be punitive actions towards the violation of privacy! Otherwise there is no deterrent, only making things more ridiculous!” Anthony noted that only with the establishment of guidelines, the artists will have measures to block the intrusive paparazzi.

While Aaron Kwok understood that reporters had the right to report news, they should follow a code of conduct and restrain from taking photos through house windows. A victim of the paparazzi’s intrusive tactics, Aaron said, “I am afraid when I use the swimming pool at my house. Going home after a hard day of work, I wish to have my own personal space.” Aaron added that he hoped future reporting methods would change. Furthermore, the paparazzi had taken photos of Aaron driving his car in the past, claiming that he was involved in illegal car racing. Aaron disputed the tabloid claims, which defamed his personal reputation.

Not only did the paparazzi take unauthorized photos, they potentially destroyed lives with their outrageous claims. In the past, Next Magazine claimed that Ray Lui (呂良偉) had two illegitimate daughters. Ray and his wife forced the publication to print a full-page apology for the defamatory headline.

TVB artists, Michael Tse (謝天華) and Samantha Ko (高海寧), supported the Privacy Commission’s ruling. Artists were frequently followed by the paparazzi, ready to photograph their every actions. Michael and Samantha urged that artists should have the right to personal privacy when they are home.

Jayne: The Hong Kong paparazzi indeed breathes down the neck of local celebrities. The next thing is to establish some punitive measures, as Anthony Wong, suggested. Otherwise, it is a guideline without true enforcement backing.