Youku’s historical rom com The Legendary Life of Queen Lau <我叫劉金鳳>  got embroiled in a political controversy, as viewers rage over the excessive Japanese-like costumes and sushi eating scenes. Due to significant complaints, the show was removed from platforms after 15 days of its release. Radical netizens are still not appeased, as they even demanded officials to ban actress La Mu Yang Zi (辣目洋子) because of her Japanese-inspired stage name.

The Legendary Life of Queen Lau is adapted from the web novel Huang Hou Liu Hei Pang <皇后刘黑胖> by Ge Yang (戈鞅). The story tells an unlikely, yet perfect romance between the foul-mouthed village woman Liu Jinfeng (La Mu Yang Zi) and the scrawny and prideful king Duan Yunzhang (Li Hongyi). Shocking everyone in the village by marrying into the imperial family, Jinfeng waltzed into the court with no fear even against the powerful king himself. While the king could care less to even bat an eye at the curvy lady at first, he soon finds himself wrapped within her hands as he falls for her charming and witty personality. Despite the ruckus she causes, Yunzhang will not deny that she indeed makes palace life a whole lot more interesting!

While the drama is listed as a historical comedy, netizens have pointed out that the costumes and props are all designed with Japanese elements. For example, cherry blossom motifs are found in the crown and outfits. Additionally, sushi was first eaten during the Edo period in Japan, so it is strange, unfitting, and especially inaccurate for it to appear in an ancient Chinese drama. 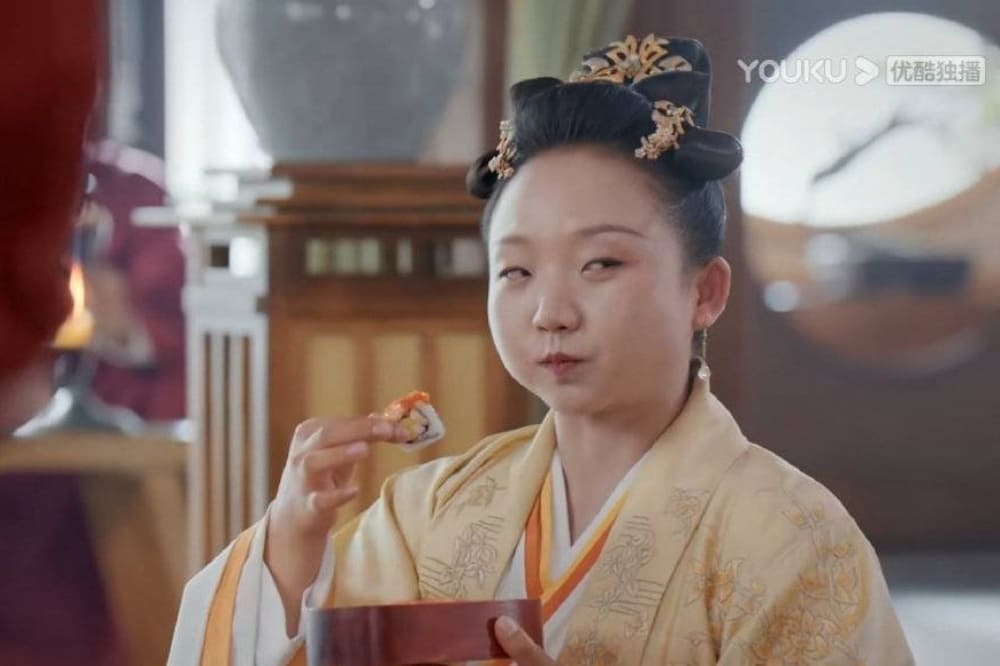 In response to inaccurate historical representations, the National Radio and Television Administration (NRTA) released a new specification that required Chinese historical dramas to  to realistically restore every aspect of the period in time including the architecture, costumes, props, and makeup style. Meanwhile, xianxia and wuxia genres are exempted.

After heavy criticisms, The Legendary Life of Queen Lau has seemingly been removed from Youku in China, as it no longer appears in searches. However, some discovered that it could still be accessed when going through the platform’s drama list. Further enraged, netizens criticized Youku for falsifying their removal of the show and blasted, “If you’re going to delist, then you should do it properly! Stop playing tricks!” However, others who paid for the show beforehand also complained that they could not watch after paying and demanded a refund from Youku.