From her marriage to her The Princess Weiyoung <锦绣未央> costar Luo Jin (罗晋), to her quiet pregnancy, to the popular release of her latest TV series The Legend of Xiao Chuo <燕云台>, Tiffany Tang (唐嫣) stays afloat as one of the trendiest and most popular TV drama actresses in mainland China.

Without a doubt, Tiffany’s every move is watched closely by the media, and that includes her most recent abode in Shanghai, where she is living permanently with Luo Jin. According to a mainland real estate developer, Tiffany lives in the wealthy Xuhui District of Shanghai, in a luxury apartment that overlooks the Huangpu River. They are neighbors with Tiffany’s parents.

The source said the couple reportedly purchased the 10,600 sq. ft. estate for nearly 70 million yuan, which includes a built-in elevator that goes straight down to the garage floor. The source added that Luo Jin also built in a karaoke room so Tiffany can enjoy her pastime. 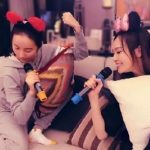 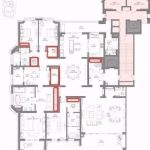 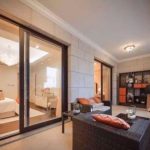 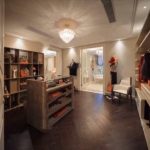 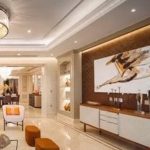