“Tiger Cubs” Stars to Make Cameo in “Highs and Lows” 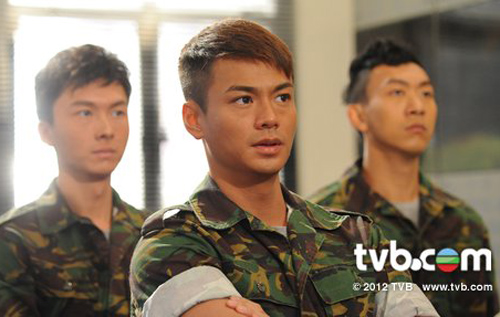 Popular Tiger Cubs <飛虎> stars, Him Law (羅仲謙), Oscar Leung (梁烈唯), Vincent Wong (王浩信), and Benjamin Yuen(袁偉豪), will be reprising their roles in a cameo appearance for the final episode of Highs and Lows <雷霆掃毒>. The two-hour finale is slated to air on Sunday, November 4.

In the final episode, Ella Koon’s (官恩娜) character, Sandy Ko, will be promoted to inspector of the Narcotics Bureau. Him, Oscar, Vincent, and Benjamin’s characters, who all portrayed paramilitary officers in Tiger Cubs, will be transferred from the Special Duties Unit to Sandy’s department.

As both Tiger Cubs and Highs and Lows are produced by Lam Chi Wah (林志華), it is possible to see a crossover between the two cop dramas in the future. However, the cameo appearances seem to come off more as homage than a precursor for a collaboration sequel.

In related news, Tiger Cubs’ leading star, Joe Ma (馬德鐘) recently revealed that he is currently discussing starring in a possible film sequel for Tiger Cubs. It is not known if the film sequel will be followed by a television drama version.