With the most anticipated Chinese drama Legend of Fei <有翡> releasing at the end of 2020, viewers can finally see its name retire from the popular upcoming drama list and look forward to other grand productions to follow.

Here are the next three dramas to watch out for:

A League of Nobleman <张公案> 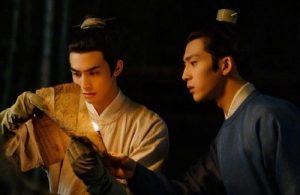 Adapted from a BL (boys love) novel, the historical suspense drama surprisingly topped the list of the most popular upcoming dramas with little to no promotion. However, it is most likely because the cast includes Song Weilong (宋威龙) and Jing Boran (井柏然). With the BL genre becoming increasingly popular after the success of The Untamed <陈情令>, it is a no-brainer to continue leveraging its money-making potential. Even without much marketing, the series would likely do well with its hot cast and high-quality production. Set in the same setting as The Longest Day in Chang’an <长安十二时辰>, which is known for its stunning cinematography, there are high anticipations that the series will also share the same appeal.

You Are My Glory <你是我的荣耀> 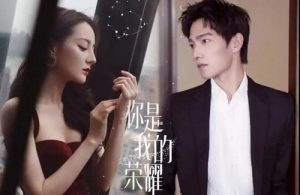 Starring Dilraba Dilmurat (迪丽热巴) and Yang Yang (杨洋), the rom-com is predicted to hit big based on the popularity and fanbases of both its leads. Not to mention, it already has a large following because it is a drama adaptation of a popular novel of the same name. Furthermore, Dilraba and Yang Yang would make a visually attractive couple and look highly compatible, with the actors matching their character roles well. Fans of the novel are satisfied with the pairing and believe the actors will undoubtedly bring about refreshing chemistry. 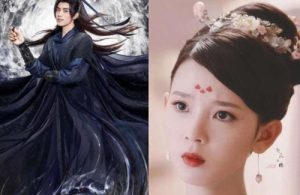 An adaptation of the BL novel, The Husky and His White Cat Shizun, the historical fantasy drama drew attention earlier when people found out Chen Feiyu (陈飞宇) and Luo Yunxi (罗云熙) are headlining it. But since production wrapped up in January, there has not been any promotion besides announcements, an official apology message to fans, and three posters. While there is no update on its release, some viewers are already asserting that they will not watch the drama because of Chen Yao (陈瑶). Unhappy with the casting choice, fans of the novel said she does not suit the role.