As traveling abroad and across cities becomes a tough mission during the pandemic, mainland China’s latest program Marvelous City <奇妙之城> can hopefully offer a sense of comfort and relaxation to those who miss home and loves traveling. Six popular stars – Xiao Zhan (肖战), Bai Yu (白宇), Zhou Shen (周深), Wu Lei (吴磊), Xu Weizhou (许魏洲), and Wang Xiaochen (王晓晨) – will bring viewers along as they explore their hometowns across China. Each artiste’s in-depth travel experience will showcase in detail the cultural wonders and charm of each city. 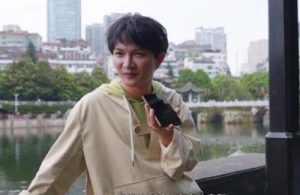 So far, the documentary program aired its episode on Guiyang, the capital of Guizhou, where Zhou Shen grew up. Returning to his local city, the singer visited the monkeys who gave him a childhood trauma at Qianling Mountain. He also later reunited with his high school friend and laughingly recalled being “forced to work” when they went out for karaoke.

Aside from Zhou Shen, the show also features stories of two ordinary people living in Guiyang. Local celebrity Aunt Bei shared her special way of commemorating her mother, and farmer Yang Yiyan introduced his own sour soup product line. Though they all grew up in Guiyang, their different lifestyles and experiences uniquely identify them. In seeing such different perspectives, netizens praised the show as being “down-to-earth” and “a good watch,” as they “can see shadows of their life.”

Director Han Xiao (萧寒) appears to have successfully pulled off the premise of his show. In an interview, he had shared, “We filmed both celebrity and ordinary people to point out that the people in the film may become a mirror of you and me, which happens to shine into the dusty corners of our hearts. Making us remember our past dreams, certain heart-fluttering moments, and some wonderful person we have encountered.”

The director also hopes to capture each city’s beauty and warmth by showcasing the food, dialect, scenery, and characters. He hopes the production can inspire those who left the city to return to their true nature and contemplate the meaning of life.

Unsurprisingly, Han Xiao purposefully cast the six young stars to lead the show and attract younger viewers. In recent years, it is visible that commercial value has shifted from movies and TV shows to variety shows. With Marvelous City, now might be the time to turn towards documentaries.