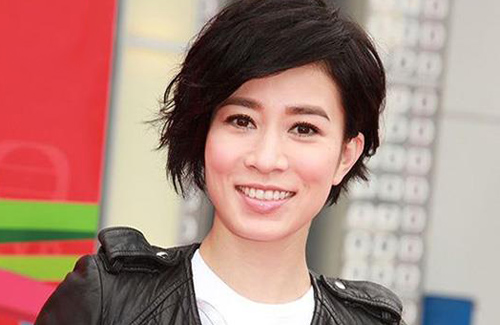 Thanks to Line Walker <使徒行者>, Charmaine Sheh‘s (佘詩曼) popularity rose further across Hong Kong, China, and Southeast Asia. Advertisers flocked to Charmaine with offers, even though her asking price has reportedly doubled. Some companies even specified that they were willing to pay any price for Charmaine’s endorsement of their product, owing to her immense popularity in Mainland China.

Although Line Walker was only broadcast on China’s television channels this summer, Mainland viewers watched through online streaming sites. The online viewership of Line Walker totalled 2.1 billion hits, breaking the record for all TVB dramas.

When asked if her asking price had doubled, Charmaine replied, “The company did make some adjustments, but I’m not sure how much more. All along, money has never been my sole consideration when it comes to work.”

Charmaine commented on the immense response Line Walker generated, “I feel very lucky to have played a character that I like and the audience enjoys watching. I must thank [producer] Jazz Man (文偉鴻) for writing a role that is fun and challenging to play.”

Apart from earning close to $10 million HKD from various engagements, Charmaine has recently also won awards at the Starhub TVB Awards 2014 in Singapore, and the TVB Malaysia Star Awards 2014 in Malaysia. It appears as if Charmaine will never lose.

Charmaine expressed, “For many years, I have always felt nervous when attending awards ceremonies. When filming, I have no time or energy to think about awards. Once filming ends, there is nothing I can do that will influence the results of the awards competition. Furthermore, I have not been with TVB for about two years, and had no idea how the response to my renewed participation in TVB dramas would be.”

Although she felt fortunate that her performance was received favorably, Charmaine hopes that Line Walker would receive the Best Drama award at the 48th TVB Anniversary Awards to recognize the cast and crew’s team effort.

This year, TVB will assign representatives from relevant departments to serve on the judging panel for the Anniversary Awards. The judging panel, along with audience votes, will determine the winners for the Best Actress Award, Best Actor, and Best Drama awards. For greater transparency, an external 20-people committee will audit the process and reveal the votes generated from the audience versus the judging panel.