Chen Xiao Plays Imprisoned King in “Song in the Clouds” 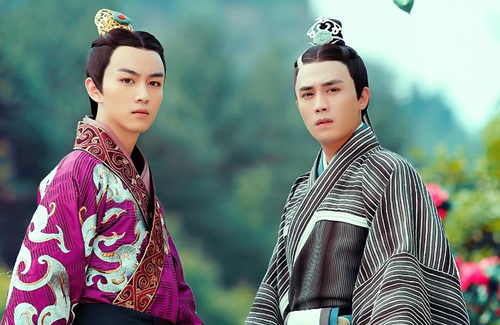 Yu Zheng’s (于正) Song in the Clouds <大汉情缘之云中歌>, also known as Yun Zhong Ge, is a television drama adaptation of Tong Hua’s (桐华) famed novel. The drama will be airing in China in December 2014.

Chen Xiao, who has starred in Yu Zheng dramas such as Beauties of the Emperor <王的女人> and Swordsman <笑傲江湖>, will take on the challenging role of Liu Bingyi, the Emperor Xuan of Han, in Song in the Clouds. Chen Xiao said Liu Bingyi is one of his most challenging roles to-date, given the character’s complex background and history.

Liu Bingyi, the grandson of the Crown Prince, was third in-line for the throne. The Crown Prince and his family, framed for witchcraft, were forced to commit suicide and the toddler Bingyi was put in a prison, where he was overseen by a warden. When he grew older, Bingyi was then released to live outside the palace.

Although aware of his royal identity, Bingyi refused to return to the palace to avoid bringing harm to those he loved. Several unavoidable circumstances forced him to accept his identity again, later becoming the Emperor Xuan of Han.

Bingyi’s dual identities brings many challenges for Chen Xiao. The 27-year-old actor expressed that Liu Bingyi is a young man who suffers suppression; although he showcases a carefree and aloof attitude on the outside, he is desperately trying to cover his true identity as the emperor.

“His identity is like a rock that is constantly pressing him. He may collapse at any moment. Once he becomes the king, he finds himself in the midst of political strife and every step he takes gives him the same pressure.”