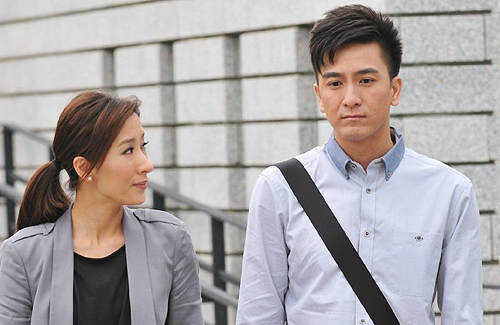 Anniversary series The Hippocratic Crush 2 <On Call 36小時II> aired its final, two-hour episode on December 15. Cast members were invited to a shopping mall on Sunday evening to watch the broadcast with the audience. In contrast to the positive reception of the original series, the sequel is instead plagued with medical inaccuracies and set mistakes. While the first series consistently earned a ratings average over thirty points, The Hippocratic Crush 2 lingered in the mid-twenties, peaking at thirty-one only during its final episode.

Despite criticism, the medical drama remained attractive to those following the endearing and sometimes tragic love story between doctors Cheung Yat Kin and Fan Chi Yu. With no plans for a third installment, Yat Kin and Chi Yu’s journey finally comes to an end along with the series. As one of TVB’s most beloved on-screen couples, Kenneth Ma (馬國明) and Tavia Yeung (楊怡) once again picked up an Audience’s Favorite Couple award on Sunday night.

Although the audience was deeply enthralled as Yat Kin’s fate unfolded, many burst into laughter as soon as they saw an unconscious Kenneth lying in bed with a bandaged head. Kenneth attributes this unexpected response to his signature dazed expression, believing that the audience has come to permanently associate him with his funny face. While he admitted to laughing at the scene as well, Kenneth insisted that he was absolutely professional while filming it on the set. “I had to control of my expressions during this scene, but also had to drop a little bit of tears, so I had to split up my attention.”

While she also laughed at a bandaged Kenneth, Tavia found the scene one of the most memorable and confessed that she had teared up during the touching finale. The audience seemed to agree with her and gave a loud round of applause as Yat Kin finally awakens.