Known mainly for his producing and screenwriting endeavors, Yu Zheng (于正) will be taking on the role of artistic director for his upcoming adaptation of wuxia novel Return of the Condor Heroes <神鵰俠侶> as well. Recently, he publicized photographs of the two lead actors, mainland Chinese actor Chen Xiao (陳曉) and Taiwanese actress Michelle Chen (陳妍希), in costume. However, many netizens criticized the outfits and hairstyles, saying, “I can’t believe Yu Zheng would accept even these types of costumes.”

In order to depict the elegance of Little Dragon Girl, who will be played by Michelle, Yu Zheng prepared four differently colored outfits for her, despite writer Jin Yong’s (金庸) stipulation that the character wears only white. Netizens immediately derided his artistic decisions, with some commenting that Little Dragon Girl now looked more like Nezha, a Taoist protective deity, thanks to the “two big buns on her head.” Nevertheless, Yu Zheng remains satisfied with his aesthetic taste. On the day of the costume fitting, he reportedly even told Michelle, “In n years, your version of Little Dragon Girl will be the classic version.”

Netizens also wrote that they were stunned when they saw the photographs of Chen Xiao, who is portraying Yang Guo. His disheveled outfit and hairstyle reminded them of Li Xiaoyao, the main character in Chinese Paladin <仙劍奇俠傳>, and they remarked that Yu Zheng must have been poisoned by the other show and mixed up the two characters.

Before the backlash, Yu Zheng took to Sina Weibo to say, “No matter what you think, we all want to do everything the right way. Whether you approve of it or not, wait until you see the end result.” Some netizens have shown approval of his stance, adding that Jacklyn Wu’s (吳倩蓮) version of the series, in which Little Dragon Girl was dressed entirely in black, would have come under netizens’ fire as well, had the Internet been developed back then.

“Arguing now is just wasting your energy,” some pointed out, “and you’re also helping to promote Yu Zheng. It’s more important to look at the drama’s end result.” 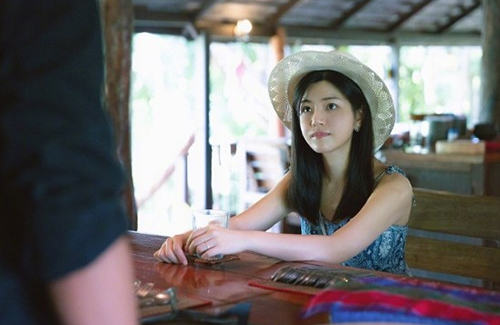