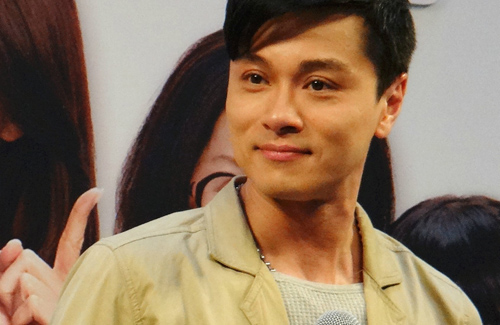 During the activities segment, each artiste took turns and called someone who was special to them. While Raymond called his 80- year-old grandmother to ask how about her well being, both Elaine and Kelly started crying fests when it was their turns.

Known for her close friendship with Katy Kung (龔嘉欣), Elaine already started tearing up before she spoke to Katy on the phone. Throughout her call, Elaine thanked Katy for her continual support as a friend.

Kelly called her mother to tell her how thankful she was, and promised that she will continue to work hard so she can provide a happy life for her mother, all the while trying to control her tears.

No Break For Raymond Wong’s Wife

Raymond portrays a near perfect father in Swipe Tap Love despite having marriage troubles with his wife, played by Elaine. However, Raymond disclosed that he is far from the ideal father in real life – he constantly has to work and because of his packed schedule, he rarely has time for his two young sons, leaving the childcare responsibilities with his wife.

“My oldest son is now three years old, and my youngest is only 11 months. My wife is preparing to go on vacation with a couple of friends. She hasn’t had a vacation in four years, and this is the first time we’re trying this. When my son was young, I revolved my time around him, but now that he’s older, I hope our lives become more integrated,” Raymond said.