Excitement is building as the TVB Anniversary Awards will be held on Sunday, January 2, 2022. The station unveiled the Top Five nominees for Best Actor and Best Actress today, generating buzz over which artistes have the biggest chances to win.

Winning a coveted spot in the Top Five, Owen is thrilled to have finally made a breakthrough in his 10-year-career. He thanks the public for their votes, and credits his more experienced co-star Wayne Lai (黎耀祥) for his mentorship during filming. Although he has confidence, Owen will still keep an open mind with the awards outcome, “I’ve been in the industry for a decade, and this is the first time I’m in the Top Five. The competition is very strong this year.”

However, Owen thinks it is a shame that The Ringmaster did not make it as a finalist for the Best Drama category. As Kids Lives’ Matter <星空下的仁医> received positive critical reception for tackling difficult medical issues, Owen believes Linda Chung (鍾嘉欣) has a good chance for winning TV Queen. Having worked with Linda several years ago in All That is Bitter is Sweet <大藥坊>, Owen praised the actress for her kind eyes and friendliness.

In response to not making the cut this year, Wayne does not feel disappointed and supported his younger co-stars. “Everyone has strong potential and capabilities. I have my eyes on Owen and Shaun Tam (譚俊彥) – both of them have really big chances. I hope to see good results for both of them!” 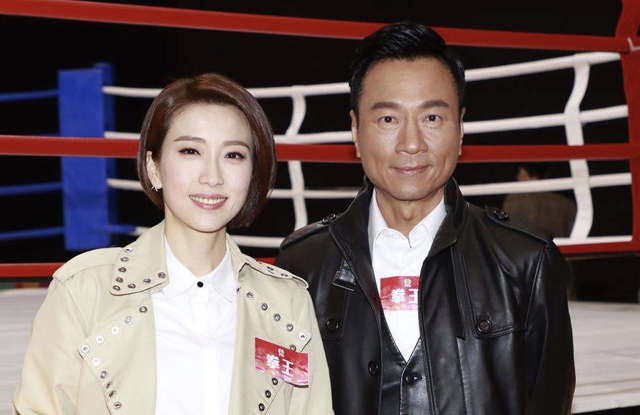 Elaine’s acting was praised by veteran actress Nancy Sit (薛家燕). Having been in the industry for over two decades, Elaine said her favorite moments are receiving compliments from her seniors.

Elaine is thrilled to be in the finals alongside Linda, as they filmed 2008’s A Journey Called Life <金石良緣> together. Elaine is excited that they will be running against each other and hopes that Linda will make an appearance on awards night.

Hubert Wu (胡鴻鈞) is the male actor with the most nominations this year. Nominated for Best TV Theme Song, Most Improved Actor and My Favorite TV Character for A Love of No Words <十月初五的月光>, Hubert said modestly, “I only have one series this year – being nominated feels like an award already!”

In terms of Best Actor, Hubert says Owen has a big chance, especially since he spent a whole year transforming his body for the boxer role. For Best TV Theme Song, I think any member of Stars Academy <聲夢傳奇> has a chance. I have my eyes on Kalok Chow (周嘉洛) for My Favorite TV Character – his role was very unique.”

Kalok humbly thanked viewers for their votes, and said he was very shocked upon hearing that he is a strong contender for the My Favorite TV Character award.