TVB Anniversary drama The Ringmaster <拳王> will premiere next Tuesday, November 23. Filming was extremely physically draining, as the male cast trained for several months to bulk up their muscles and attain boxers’ physique.

Other than Owen Cheung (張振朗) and Shaun Tam (譚俊彥), even Wayne Lai (黎耀祥) had to lose weight and gain muscle to portray a retired boxing champion. The 57-year-old shared that he was even better shape than when he filmed Death by Zero <殺手>. 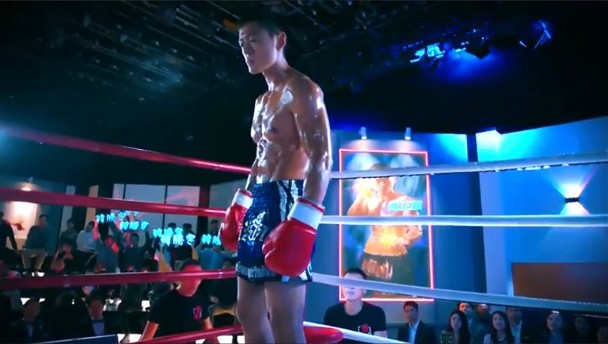 Although Shaun only has a cameo role in the drama as Owen’s elder brother, he shed 20 pounds over four months for the role. Admitting it was difficult to lose weight, Shaun praised Owen for his intensive training to gain 4o pounds of muscle. “I saw Owen continuously eat chicken breasts and drink blended chicken water to gain weight. [I felt bad for him] as these [extreme methods] can be very harmful for the body. Owen’s back broke into spots [because of stress].”

Indicating that he has already lost his muscles and reverted back to his original shape, Owen said, “I saved the drama stills and posters as souvenirs. It’s once in a lifetime [that I looked like that].”

Commenting on this year’s TVB Best Actor, Shaun believes the award will go to Owen due to his professionalism and preparation for the role. However, Owen was quick to praise Shaun in return, “I feel good about Shaun. We grew close after filming Justice Bao: The First Year <包青天>. To be able to attend the awards ceremony together and feel the lively atmosphere is already a joy.”

During filming Shaun had a chance to fight a real life Thai boxing king in the ring. Wayne watched live and was worried that he would be hurt, but Shaun expressed. “The punches and kicks were pretty hard. I was a little worried that my hand would be hurt but this is what boxing is like. After fighting a bit, the endorphins kicked in and there’s a high. I watched the playback, and was pleased with my performance that I didn’t let myself down” even though it has been 20 years ago since portraying a boxer in a movie.