Although Mandy Wong (黃智雯) has starred in a number of prolific TVB dramas, she has yet to take home the TVB Queen title despite making the shortlist on numerous occasions. This year, Mandy is once again nominated for the station’s top award for two dramas Murder Diary <刑偵日記> and The Line Watchers <把關者們>, however, Mandy’s chances are dampened by a strong list of contenders.

Many fans are expressing their support for Mandy to win the TVB Queen award for her role as Madam Kwan in Line Walker: Bull Fight. Many fans claim that Mandy’s emotional scene of experiencing a miscarriage was touching and showed depth in the artiste’s acting.

However, this year’s contender includes Linda Chung (鍾嘉欣) who made a strong impression after returning to the station for Kids’ Lives Matter <星空下的仁醫>. In addition, Elaine Yiu (姚子羚) is climbing up in popularity from her role in The Ringmaster <拳王> and is an actress pinned as this year’s dark horse. Adding to the list, Ali Lee (李佳芯) and Rosina Lam (林夏薇) are both fans’ favorites and have a high chance of winning.

Hoping to bring herself some luck, Mandy was spotted praying at Lin Fa Temple while taking on more work at TVB. At this year’s TVB Anniversary Gala, Mandy hoped to impress viewers with a dangerous aerial aerobic performance while being suspended 32 feet high in the air. In order to perfect the performance, Mandy braved through several injuries and vertigo, and is reportedly seeking urgent help from an acupuncturist. Mandy’s efforts have not gone unnoticed.

This article was revised on November 29, 2021 to reflect that Mandy Wong was nominated for her performances in Murder Diary and The Line Watchers. 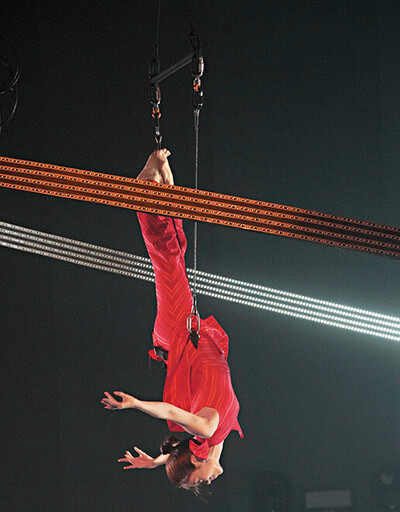