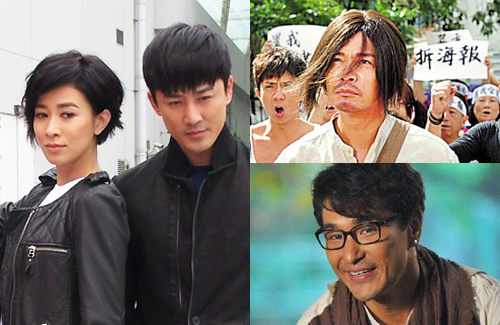 Competition has been heating up for the TVB Star Awards Malaysia 2014, a voting-based awards ceremony for TVB artistes to be held in Malaysia on November 23. Widely regarded as the prelude to TVB’s annual Anniversary celebrations, the Malaysia-based awards has intensified as votes pour in from fans eager to support their favorite artistes.

As for “My Favorite Actress”, apart from Charmaine Sheh (佘詩曼), who is a perennial audience favorite, the other top contenders this year are Linda Chung (鍾嘉欣), who was awarded the title last year, and Kate Tsui (徐子珊), who won support due to her role in prison drama Tomorrow is Another Day <再戰明天>. Although Nancy Wu (胡定欣) was recently edged out of the top three, she may still put up a strong fight as the currently broadcast Overachievers <名門暗戰> will be reaching its critical parts soon. Fans impressed by her performance then may be inspired to put in more votes.