The Four Girls of “Raising the Bar” Become Netizen Favorites 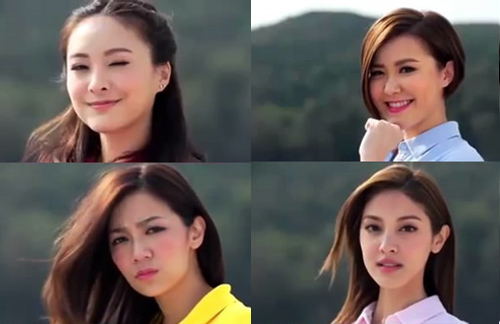 To promote the series, the four girls made a parody of the K-pop hit “Bar Bar Bar”, originally performed by the South Korean girl group Crayon Pop. Calling it the “brainwashing song”, the parody was of the girls singing and dancing to “Bar Bar Bar”. The girls slightly altered the addictive lyrics, which urged viewers to continue to support Raising the Bar.

Like Crayon Pop, the four girls wore helmets and skirts, dancing with a cute style. To complement the legal theme of the drama, the four girls also danced wearing office attire. The parody left a positive impression on netizens, who praised the girls for being cute and funny. Some even suggested that their mentors in the series—portrayed by lead actors Ben Wong (黃智賢), Ram Chiang (蔣志光), Elaine Yiu (姚子羚), and Timothy Cheng (鄭子誠)—should make their own version of “Bar Bar Bar” and share it online.