Yu Zheng to Adapt “Return of the Condor Heroes” 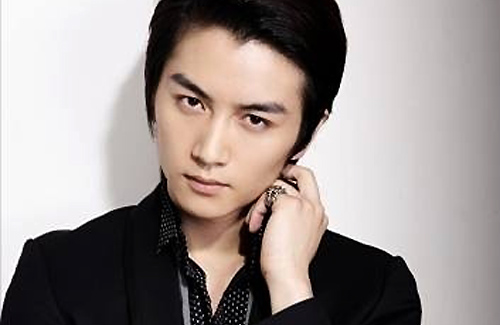 Above: Chen Xiao is cast as Yang Guo in Yu Zheng’s adaptation of “Return of the Condor Heroes”.

Jin Yong (金庸) fans and television drama viewers alike screamed in outrage when television drama producer and writer, Yu Zheng (于正), announced that he plans to adapt Return of the Condor Heroes <神鵰俠侶>, one of Jin Yong’s most popular and best-selling wuxia novels to date.

Yu Zheng’s Return of the Condor Heroes will be the eleventh live-action adaptation of the novel, and the ninth adaptation into a television serial.

Wallace Huo (霍建華) and Joe Chen’s (陳喬恩) Swordman <笑傲江湖>, Yu Zheng’s latest adaptation on Jin Yong’s 1967 novel The Smiling, Proud Wanderer, is currently airing on mainland China’s Hunan TV to highly critical reviews. The drama is slammed for its inappropriate casting, character rewrites, and poor script. Originally only a supporting character in the novel, the powerful pugilist Dongfang Bubai (Joe Chen) has been rewritten to become a major love interest for the protagonist, Linghu Chong (Wallace Huo). Fans also criticized Yu Zheng for casting a woman to play Dongfang, who is a eunuch.

Known for creating melodramatic romantic story lines, it appears inevitable that Yu Zheng will eventually adapt the romance-centric Return of the Condor Heroes, Jin Yong’s most classic and romantic wuxia novel. Yu Zheng announced on his Weibo earlier that he is planning on writing an adaptation, which is slated to begin production in August 2013.

Fans were not too enthusiastic regarding Yu Zheng’s surprise announcement. Referencing the far-fetched love story between Linghu and Dongfang in Swordsman, a netizen commented, “I wonder if the story will be rewritten so the Condor will end up being Yang Guo’s actual true love.”

Another netizen joked, “Since Linghu Chong and Dongfang Bubai are now very much in love, I heard that the talented Yu Zheng plans to rewrite Return of the Condor Heroes next, but Yang Guo’s true love will be the Condor, breaking Xiaolongnu’s heart! But don’t worry, she will have Yin Zhiping!”

Yu Zheng humorously replied to the comments, “Don’t worry. I won’t rewrite an animal into a human. I will also not change any of the characters.”

In a press interview, Yu Zheng disclosed that he has already chosen 25-year-old Chen Xiao (陈晓), who plays the tragic Lin Pinzhi in Yu Zheng’s Swordsman, to portray Yang Guo in his upcoming ROCH adaptation.

Yu Zheng has also denied previous rumors of him considering Tai Chi 0’s Angelababy, Palace’s Tong Liya (佟丽娅), and Swordman’s Yuan Shanshan (袁姗姗) for the role of Xiaolongnu, saying that he prefers to cast a rookie actress for the role.