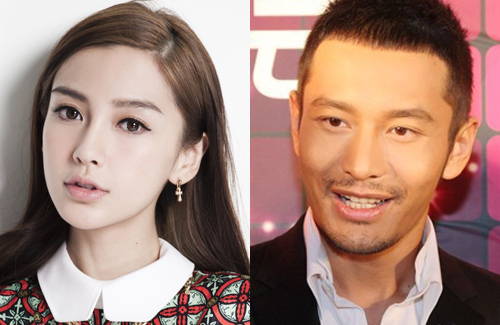 Executive producer Wilson Yip’s (葉偉信) mythological film, Feng Shen Bang 3D <3D封神榜>, began filming on January 21. Following the news that the male lead would be portrayed by Jacky Heung (向佐), son of film producer Charles Heung (向華強), the Feng Shen Bang team also revealed that Huang Xiaoming (黃曉明) and girlfriend Angelababy (楊穎) would be part of the cast as well, though they likely would not have any scenes together.

Huang Xiaoming had already been sought out for the role of Erlang Shen last year, according to his production team, but it is not known when he will join the rest of the cast on set. Currently, the actor is filming the movie adaptation of Silent Separation <何以笙簫默>, which will not wrap until after the Lunar New Year, so filming for Feng Shen Bang will need to wait until then.

When asked about Angelababy’s participation as a mermaid character in Feng Shen Bang, a representative of Huang Xiaoming’s production team commented, “I have not yet seen the screenplay, but the two of them should not have any scenes together.”

It was originally reported that the role of the vixen spirit Daji would be portrayed by Shu Qi (舒淇), but the actress has since been changed to Fan Bingbing (范冰冰). Actor Wen Zhang (文章) also dropped out of the film; his role of Nezha will be filled in by Cecilia Cheung (張栢芝). Feng Shen Bang will also feature appearances by Jet Li (李連杰), Tony Leung Ka Fai (梁家輝), Louis Koo (古天樂), and various other movie stars.

Despite the big-name actors attached to the movie, some netizens suspect that Feng Shen Bang is simply a way for Charles Heung and his wife to boost the career of their son, Jacky Heung, who is playing the male lead, Leizhenzi. At a recent event, Charles indeed revealed that he and his wife wished to create a fantasy-martial-arts movie for Jacky, who has been studying kung fu for five years in preparation.

Though Charles recognizes the difficulty of being a martial arts actor, he also thinks that it is easier for such actors to make a breakthrough in the entertainment industry. “Most martial arts actors these days are more than 50 years old,” he remarked. “But Jacky is only 30.”