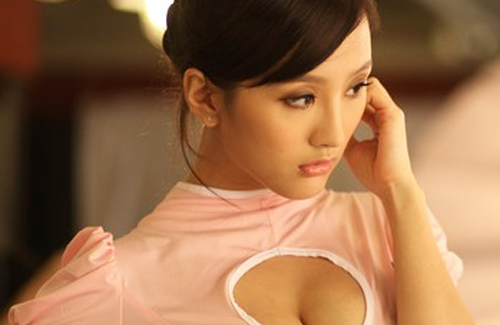 Three months after her sudden decision to retire from the entertainment industry, Dada Chan (陳靜) announced on November 5 that she is ready to resume all activities.

Breaking into the industry as a model, Dada excelled at selling her sexy image and did so solely until she was given the chance to shine on the big screen. After winning Best Supporting Actress at the Hong Kong Film Awards for Vulgaria <低俗喜劇>, Dada seemed all set for a rising film career, even landing a starring role in the latest iteration of Wilson Chin’s (錢國偉)popular Lan Kwai Fong <喜愛夜蒲> film franchise. Instead of enjoying her quick success, Dada was haunted by the pressure that came along with it. Just two days after attending Lan Kwai Fong 3’s <喜愛夜蒲 3>blessing ceremony, Dada suddenly announced on Weibo that she is retiring and disappeared from the public overnight.

Her shocking decision generated much speculation; some believe that she was throwing her career away for a wealthy man, while others claimed that she was hiding an unexpected pregnancy. Dada also angered many of her collaborators, some threatening to sue for breach of contract. She eventually explained that she was suffering from emotional distress and could no longer tolerate the stresses hiding beneath a seemingly glamorous career. Fans thought that it was the last time they would hear from Dada, and wrote her off as yet another star burned out by her own hunger for fame.

She proved them wrong however. During a brief press conference on November 5, Dada revealed her intent to return to show business, crying as she bowed several times in apology. She explained once again that she was dealing with complex family issues and had succumbed to depression, though has since recovered. She expressed regret over her poorly thought out escape plan, and vowed to work harder than before: “After this ordeal, I have learned what it means to not take things for granted. I also understand that being able to do what I love is a blessing. I will try my best from now on to treasure every opportunity and face them with a positive attitude.”