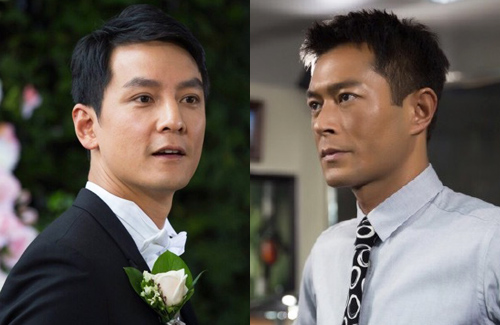 Louis Koo previously revealed that director Johnnie To harbors intentions of producing a third installment to the popular film franchise. Louis had boldly suggested a gay romance storyline between him and Daniel Wu in the third film. Daniel, who is no stranger in portraying homosexual characters, unhesitatingly agreed. “Sure! It’s not like I haven’t portrayed a gay character before. My first film debut revolved around gay romance. It was even earlier than Brokeback Mountain. There’s nothing to be afraid of. I can kiss Louis if needed too.”

Now an experienced father, Daniel was asked if he will share baby tips with the newly-wedded Gao Yuanyuan. Daniel said, “You can’t force someone over these matters. If you haven’t experienced it, you will not understand the pressures of having a child. So it is best to go with the flow.”