Eddie Peng Ramps Up Training For “To The Fore” 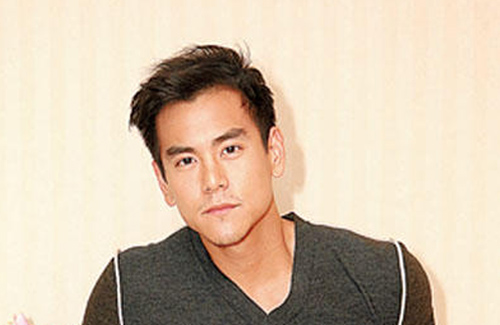 With his new film To The Fore <破風> scheduled to shoot in June, Eddie Peng (彭于晏) is ramping up his work out effort in order to look fit and convincing cyclist on screen. Although he had gone through a grueling routine to buff up for last year’s film Unbeatable <激戰>, the 32-year-old still finds his new training program much tougher than he had expected.

Eddie will star alongside heartthrobs Ethan Ruan (阮經天) and Carlos Chan (陳家樂) as a group of competitive cyclists in To The Fore, the latest project from director Dante Lam (林超賢). When the film was first announced, Lam stated that he already had a training regiment in mind, one that would be much harder than that of Unbeatable. The director certainly took his promise seriously; he hired several Olympic-grade cyclists as personal trainers to oversee the actors’ boot camp-style workouts.

Currently undergoing their initial training phase, Eddie and Carlos are required to train twelve hours every day in competitive cycling skills, theory, and body endurance. The two have also been riding increasingly longer distances. Started their program with a daily 60-kilometer ride, they are now riding 120 kilometers a day and are aiming to trek up to 200 kilometers. Once they have completed their beginners’ phase, Eddie and Carlos will go to Taiwan for the remaining two advanced phases and begin filming.

Although he has no complaints about the hard workout, Eddie is still shocked by the strict regiment. “I think I am using up a lifetime’s worth of cycling for this! Riding 120 kilometers every day on top of various body training. Like the director said, this time it really is much more insane.”