12 Golden Ducks is a sex comedy about a group of male prostitutes struggling to live in Hong Kong’s poor economy. Sandra, who will be portraying a gigolo, wore prosthetic makeup to enhance her male looks.

12 Golden Ducks will be competing with other blockbusters Triumph in the Skies <衝上雲宵> and From Vegas to Macau 2 <賭城風雲2> for the 2015 Lunar New Year box office. Due to its explicit topic, the film will not play in Mainland Chinese theaters.

In late December, the reporters spotted Isabella filming for 12 Golden Ducks at a fitness center in Kwun Tong. Dressed as an office worker, it was reported that Isabella will be portraying one of the male prostitute’s clients.

Isabella’s manager Michelle Loo (盧覓雪), who is good friends with Sandra, persuaded Isabella to accept the cameo role in 12 Golden Ducks.  To thank Isabella for her help, Sandra paid Isabella’s traveling and hotel fees to Hong Kong. Michelle will also be making a cameo appearance in the film. 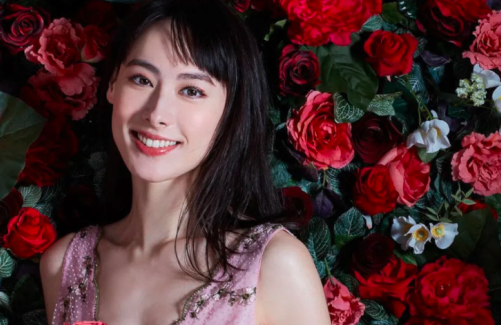