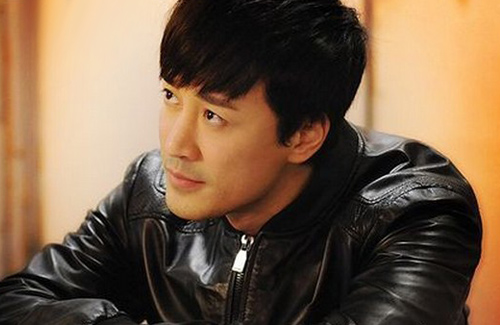 With intentions of developing her career in the film industry, Charmaine has already participated in the film versions of Triumph in the Skies <衝上雲霄> and Return of the Cuckoo <十月初五的月光>. Although Charmaine has expressed interest in participating in the film, Raymond is still hesitant on reprising his role. An insider revealed, “He has already left the nest [TVB]. Even though he was praised for his role in the series, he still did not get TV King. He feels a little unhappy about it. If they want him to film the movie, they will have to at least give Karena Ng (吳千語) a role too. If not, he would rather have all or nothing and jeopardize the production of the film.”

Raymond, who has been sick for the past several weeks, was spotted on a date with Karena. When asked whether he will take on the lead male role for the Line Walker film, Raymond said, “I’ve heard about it, but I’m not sure yet. I have to look at my schedule.” When further prompted about whether he hopes to align his schedule with Karena’s so she can participate in the film as well, Raymond responded, “You’re thinking too much. But I’m not opposed to working with her.”

Benz Hui Not Included in Film?

In order for the film to be released in Mainland China, the plot has to be revised to abide by SARFT’s guidelines. It is rumored that Line Walker may have to dispose of the idea of a spy in the police force. Other than sacrificing a major plotline, the film may also exclude Benz Hui’s (許紹雄) character.

Benz said, “I have not received any notice.” When asked whether he would be disappointed if not given the opportunity to participate in the film, Benz responded, “No, I won’t feel pity. Being an actor requires patience. If the company decides to film it, then it is what it is. I will soon be heading to Mainland China for filming anyway.”