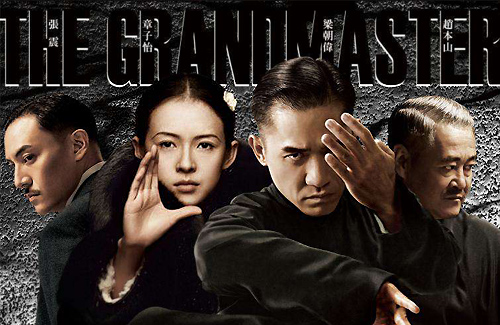 The Federation of Motion Film Producers of Hong Kong Ltd announced their decision on September 23. Chairman Crucindo Hung (洪祖星) noted that while there are many strong contenders this year, The Grandmaster received the highest number of votes from its members. The Federation hopes that the film will snatch one of the final five nominations at the Oscars, and believes it will help promote Hong Kong’s local film industry under a global spotlight.

Some of The Grandmaster‘s rumored competition included Herman Yau’s (邱禮濤) Ip Man: The Final Fight <葉問：終極一戰> and Dante Lam’s (林超賢) MMA film Unbeatable <激戰>. Although both films generated local buzz and earned top spots at the box office, The Grandmaster‘s international appeal may have given it an edge in representing Hong Kong’s entry in the Oscars race. Initially introduced to the West via international film festivals, The Grandmaster caught the attention of Hollywood distributor The Weinstein Company, which immediately struck a deal for a worldwide release. Famed director Martin Scorsese also publicly endorsed the picture, lending his name in support. Currently screening in North America, the film has earned $6.3 million USD in the United States so far and received praise from prominent film stars Susan Sarandon and Samuel L. Jackson.

The production team behind The Grandmaster is certainly excited about the nomination. In a public statement, the team said that they feel honored that their film was chosen to represent Hong Kong, and called it the result of the cast and crew’s diligent efforts. The film’s stars, Tony Leung (梁朝偉) and Zhang Ziyi (章子怡), are also happy for director Wong Kar Wai. Both are hoping for the chance to step onto the Oscars red carpet.