Tony Leung Will Not Film “The Grandmaster” Sequel 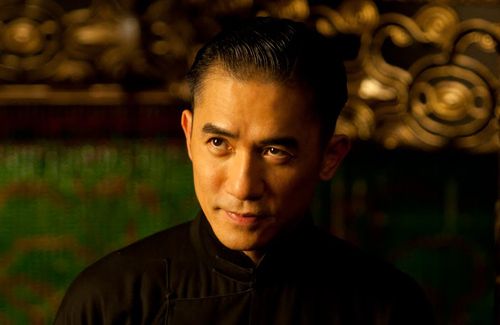 Over one thousand tickets were given out to HKU students a few days prior to the session. All tickets were passed out in two hours. The waiting list for the session also exceeded 600 people.

At the session, Tony openly talked about his filming experience on the set of The Grandmaster. Tony remarked that although it had a tough three-year engagement, he did not regret the experience.

Art house director, Wong Kar Wai (王家衛), never really made movies for money, but The Grandmaster has now become his most commercially successful film in the box office. The film’s distributors are urging Wong to film a sequel, in which Wong is considering.

Tony is a longtime collaborator of Wong, but upon hearing that Wong is working on a sequel, Tony immediately shook his head. Wong and Tony were earlier rumored to have had a falling out due to a disagreement on the film’s script and filming style.

Tony insisted that he and Wong still get along really well; nonetheless, he expressed that he will not film The Grandmaster sequel if it is to be made. The 50-year-old actor explained, “I want to try new things. I like staying fresh. If I do the same things over and over again, it won’t be fun.”

As The Grandmaster took over three years to film, many actors in the film, including Tony and female lead Zhang Ziyi (章子怡), had complained about the harsh struggles in working on the film. Song Hye Kyo (宋慧喬) was also reportedly upset with Wong’s lurching and dragging filming ways, and declined to participate in the film’s promotions.

9 comments to Tony Leung Will Not Film “The Grandmaster” Sequel