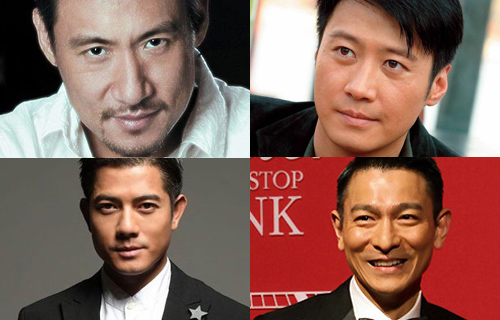 While Aaron spent his New Year’s Eve in front of over 850,000 fans in Taipei, Jacky, Leon, and Eason chose to welcome the 2013 New Year in mainland China.

After Jacky’s performance, a star-struck Jay Chou (周杰倫) came on stage to greet Jacky. The hosts exclaimed, “Our two Heavenly Kings are now on stage together! If Jiangsu TV is to continue their New Year’s Eve celebrations next year, and if [JSTV] wants to surpass the accomplishments made this year, what shall we do next year? Who else can we invite?”

Many Taiwanese artists were also invited to perform in the New Year’s Eve concerts in China. Leehom Wang (王力宏) performed at four different events, including those held in Suzhou, Nanjing, Jiangsu, and Shanghai, earning 3.3 million RMB in total. Jolin Tsai (蔡依林) performed at only one concert in Hunan. She pocketed 2.9 million RMB from her 7-minute long performance.