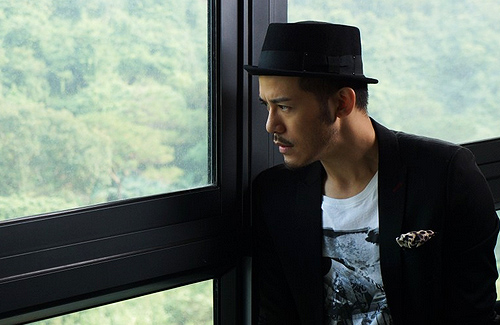 Produced by Gary Chan, “Waiting Every Day” is Sammy’s second plug. His first single, “The More You Say It” <講多變真> was the theme song for The Best Plan Is No Plan, which premiered in Hong Kong October 17, 2013. The song, which was officially released as a digital single on July 22, topped Metro Radio’s 997 charts and peaked at number four on TVB’s own JSG Music Charts. It also reached to top 20 spots on other Hong Kong radio airplay lists.

The music video “Waiting Every Day” was first released on YouTube on October 30. Elva Ni (倪晨曦), who was 2005’s Miss Chinese Toronto Pageant winner, stars as Sammy’s girlfriend in the music video.

Rumors spread that TVB, which has been managing Sammy since 2007, has been preventing him from promoting the song. Sammy’s The Best Plan Is No Plan costar, Shiga Lin (連詩雅), said she never heard of the rumors and as a singer herself, she said she could tell that Sammy is very sincere about his music career. She further expressed if it were true, she believes that Sammy will come up with other means to promote his music.

“The More You Say It” Mini Movie

TAGS: Paco Wong, Sammy Sum, The More You Say It, Waiting Every Day