As Crystal Liu Yifei‘s (劉亦菲) anticipated comeback costume drama in 16 years, A Dream of Splendor <夢華錄> made waves upon premiering online. Besides reaching 2 billion in viewership, it also rose up microblogging platform Weibo as the most hotly searched term. 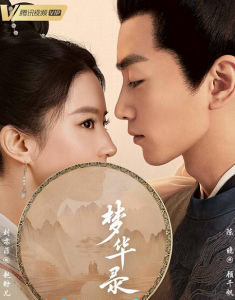 Adapted from a Chinese opera by Guan Hanqing named Zhao Pan’er’s Flirtation Saves a Courtesan <趙盼兒風月救風塵>, the female-centric motivational story tells of how Zhao Pan’er is betrayed by her fiancé Ouyang Xun, and goes about seeking justice at the city of Bian Jing. There she meets Song Yin Zhang who was cheated in marriage and abused, Sun San Niang, who tries to take her own life due to a troubled marriage. With the help of Gu Qian Fan, the three become bosom pals and work to expand the tea garden business. Empowered in life, each is motivated to pursue their newfound happiness.

Strong Production Values Reels in Viewers
Liu Yifei’s character Zhao Pan’er is seemingly invincible, not only knowledgeable in art of tea brewing and dance, but also fights off unexpected bandits skillfully. Having met all sorts of persons while managing the teahouse, she was able to see through the ill intentions of a man introduced by Song Yin Zhang from just the latter’s dice-throwing hand gestures, in an enjoyable scene popular with viewers.

Another pro liked by viewers is the original voice acting by the cast which contributed to character development, in addition to the high-quality makeup, styling and costumes. Also impressing viewers is the film-like cinematography of the drama, which was mainly shot on set and hence created a sense of authenticity wthout resorting to post-production editing, “trumping (other) period idol dramas over the past 2 years”. 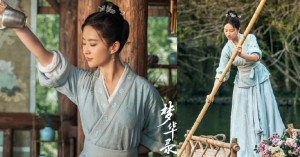 Nicknamed “Fairy Sister” and known for her celestial looks, fans found it ludicrous that Liu Yifei’s character in the drama is teased for being a country bumpkin and village girl, with Chen Xiao saying he needs to head to a winery to have his eyes washed purportedly after setting eyes on her.

Disbelieving netizens responded with comments the likes of, “Call me a country bumpkin anytime if I had her looks”, “Fairy Sister’s legendary looks are second to none in the mainland entertainment industry” and “Gu Qian Fan should go get his eyes checked”. Reminiscent of how actor Louis Koo (古天樂) was similarly critiqued for being ‘unremarkable’ in the TV drama Against the Bade of Honour <圓月彎刀>, netizens laughingly commented at how there was “unremarkable Louis Koo then, and country girl Crystal Liu now”. 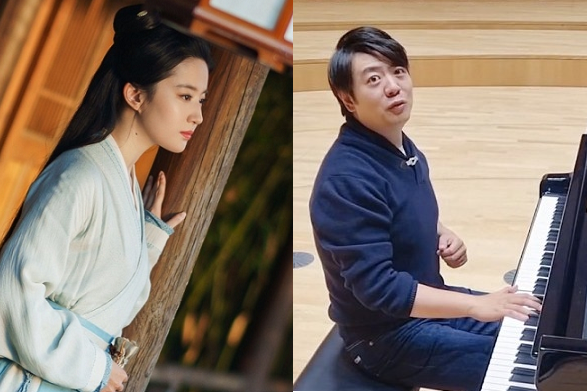