From Dilreba Dilmurat (任嘉倫) and Ren Jialun‘s (任嘉倫) xianxia drama The Blue Whisper <馭鮫記>, Bai Jingting (白敬亭) and Angel Zhao‘s (趙今麥) fantasy-mystery thriller drama Reset <開端>, to the recently concluded A Dream of Splendor <夢華錄> starring Crystal Liu Yifei (劉亦菲) and Chen Xiao (陳曉), several outstanding dramas in the first half of this year have captured viewers’ imagination and become the talk of town while airing – boosting the profile of its leading actors and actresses.

A recent report by celebrity commercial value analysis platform AiMan China, which listed the top 10 Chinese artistes with most improved commercial value in the first half of 2022 saw Crystal Liu, making it to the charts as the only post-85 actress while Zanilia Zhao (趙麗穎), Yang Mi (楊冪) and other top fadans were surprisingly left out. 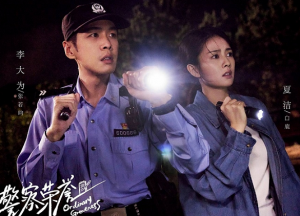 Topping the list was Bai Lu, whose police-themed drama Ordinary Greatness <警察榮譽> scored both viewer acclaim and solid ratings, while the actress also joined the fixed guest list of variety show Keep Running S10 <奔跑吧10>, keeping her in the limelight on both drama and variety fronts.

Proving her rising popularity, she also snagged twelve sponsorships in just the first half of the year including international brands. She was named the brand ambassador for a Michael Kors jewellery wristwatch in addition to partnering with Hourglass, Italian shoemaker Sergio Rossi and Swisse, with the rest being local brands.

Also ranked in the top 10 were Tan Songyun and Zhao Lusi who rose in popularity thanks to highly-raved dramas Master of my Own <請叫我總監> and Who Rules the World <且試天下> respectively.

Post-85 fadans including Zanilia Zhao, Yang Mi, Liu Shishi (刘诗诗), Angelababy (楊穎) and others were glaringly left out, perhaps because they already have several sponsorships under their belt and therefore did not significantly rise in their commercial value. The only exception was Liu Yifei, who won both acclaim and high ratings with her comeback drama A Dream of Splendor after a long-awaited 16 years, while co-star Chen Xiao similarly rode on the success of the period drama and made it to the list. 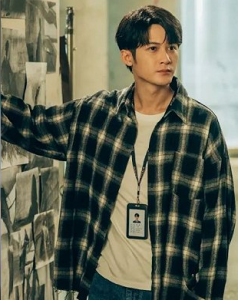 For the actors, 31-year-old Tan Jianci delivered a noteworthy performance with his crime-themed mystery drama Under the Skin <獵罪圖鑒>. His convincing depiction of Shen Yi, the charismatic forensic criminal profiler who helped to resolve cases with quick and sharp thinking and spot-on sketches, made a deep impression on viewers.

While all the eight brand sponsorships he clinched in first half 2022 were local brands, it sufficiently shows his soaring popularity amongst the Chinese audience.