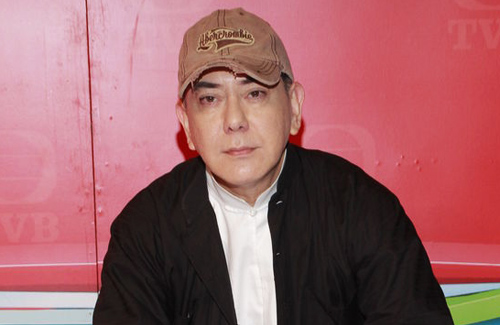 Hoping to boost the quality of their dramas, TVB eagerly invited Film King, Anthony Wong (黃秋生), to film Lord of Shanghai <梟雄>. Arriving in Shanghai yesterday to film on location, Anthony was angered by TVB’s sub-standard hotel arrangements and that he was asked to pay for the expenses out of his own pocket.

TVB has a policy of booking rooms at only three and four-star hotels when the cast and crew need to travel for filming. Each doubles room must contain two occupants, but TVB will not pay for the accommodations of the artiste’s personal assistant. Used to more generous arrangements while traveling for movie projects, Anthony complained of TVB’s policy, “You’re asking me to stay at a $150 HKD room? I’ve never done so in my life! Artistes are asked to share rooms, but my personal assistant is a woman. How can we stay in the same room together?”

For greater comfort, Anthony decided to check into a five-star hotel instead. He said he had “discussed the issue with TVB beforehand” but was surprised he is now expected to pay out of his own pocket. “TVB wants me to pay the incremental difference? I’m staying [in Shanghai] for one and a half months, which would cost over $70,000 HKD. Should I bring all that money with me to travel?”

Notified to film last-minute on the first day of his arrival in Shanghai, Anthony refused to budge until the hotel expenses are settled. He said, “What if I come back and see that they took all of my luggage away?”

Since Anthony is grateful towards producer Amy Wong (王心慰) for recognizing his talent in his early career, he agreed to accept TVB’s filming offer and was not motivated by money. Anthony’s EEG manager, Mani Fok (霍汶希), explained that “five-star hotels, flying business class, and having a personal assistant on set are normal expectations” for a first-line actor. After Mani agreed to pay for the incremental hotel costs, Anthony resumed filming on set.

Despite Anthony Wong’s criticism towards TVB’s travel accommodations, the station’s artistes have learned to accept the hotel policy when filming on location.

Kenneth Ma (馬國明) and Natalie Tong (唐詩詠) said that TVB’s policy has remained the same for years. Kenneth felt that the policy was reasonable, and said that TVB will give the cast and crew “pocket money” to cover additional expenditures when traveling. Natalie revealed that she normally pays the incremental costs to have her own hotel room when filming on location.

Bosco Wong (黃宗澤) said, “Actually each filming location may have a different arrangement. Sometimes, there may be sponsors so it is easier to get our individual rooms. When I was filming Growing Through Life <摘星之旅>, I asked about the hotel arrangements beforehand. TVB has its policy, so I pay for my own room fees. It costs over several thousand dollars [HKD] in exchange for greater privacy.”

While filming Limelight Years <華麗轉身> in Taiwan, Eliza Sam (岑麗香) revealed that TVB had covered her dining and hotel expenses. Eliza said, “I shared a hotel room with Candice Chiu (趙希洛). I didn’t find it to be inconvenient. As we portray sisters in the drama, it allowed us to be more immersed in our roles.”