TVB and Shaw Brothers Film Studio founder Sir Run Run Shaw (邵逸夫) planted the seeds of an eventual entertainment empire that created Hong Kong’s most popular movie exports and groomed many unknowns into international superstars. Working diligently since his teens, Shaw has steadily turned his visions into reality and proved his staying power regardless of wars or a volatile economy. Although his death on January 7, 2014 marked the end of a brilliant life, his legacy will be forever remembered by all who have benefited from his compassion and leadership. Several of Hong Kong’s top artists recalled their fond memories of Uncle Six recently, and revealed the admirable work ethics that led to his success.

Joining TVB in 1971, Liza Wang (汪明荃) quickly rose to stardom and became the living mascot of the TV station. To her however, Shaw is the true symbol of both TVB and the Hong Kong entertainment industry. “I have great respect for Uncle Six; he was the spiritual leader of this industry. He made a lot of contributions to Hong Kong… and has done many charity works to help the needy….”

Carol Cheng (鄭裕玲) called Shaw a legend and praised his independent and hard-working attitude. “My impression of Uncle Six is that he was a very hard-working boss. He came into work early and had no hint of arrogance…. Two years ago when he was attending an Anniversary show, everyone came up to assist him down some steps but he pushed us all aside and refused any help.”

As one of the world’s biggest stars, Chow Yun Fat (周潤發) has never forgotten his TVB roots. He sees Shaw as a dedicated business man who did not hesitate to mingle with anyone, regardless of status. “Once he and I attended a foreign film festival together. He surprisingly took the initiative and walked up to me to chat. He was a very kind, very nice man….”

EEG executive Ng Yu (吳雨), who was formerly TVB’s Director of Productions, finds Shaw a rare gem in the entertainment industry. Ng spoke of his appreciation for Shaw’s enthusiasm as well as for his fair treatment towards the behind-the-scenes crew. “He never intervened in creative matters and allowed producers to do as they wished. He would give suggestions. He felt that Justice Bao <包青天> was a good series and proposed its purchase. Even though he was very busy, he still made time every day to sample films and television programs from around the world….”

Angie Chiu (趙雅芝) agrees that Shaw was the perfect boss. Known to study and practice ways to achieve longevity, Shaw would often share health tips with his employees. Angie recalled that the mogul would advise others to take up Qigong and commit to physical exercise. Despite his obsession with health, Shaw was realistic about the effects of his methods. Actress Lam Kin Ming (林建明) once asked him to discuss the benefits of consuming bird’s nest, to which he replied that the bird’s nest has no nourishing value at all and questioned why it is so expensive.

Since news broke of Sir Run Run Shaw’s passing, many current and former TVB artists and employees have flocked to social media to share their condolences and to remember his upstanding character. Even though he may not have had the opportunity to speak to each of them during his lifetime, he would probably find peace in knowing that so many have benefited because of his small acts of kindness. His legacy will be carried on through his impressive library of works, and will remain in the hearts of everyone who had grown up watching him smile from his seat at TVB’s formal events. 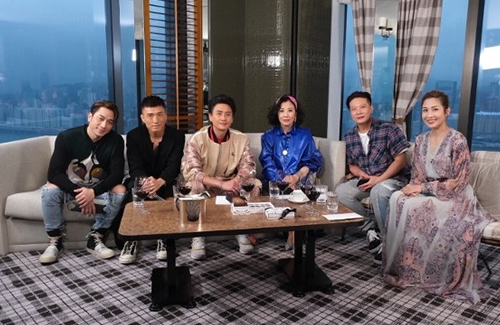