The aviation industry took a huge hit when the COVID-19 pandemic struck and caused many worldwide travel restrictions. As a result, many people working in the airline field lost their jobs, including a flight attendant who goes by the name of “Stewardess Sa.” Recently, she shared online the celebrity encounters that she had during her time as a flight attendant and exposed what the stars are truly like in person. In her post, she revealed her top 10 favorite celebrities, as they showed great friendliness onboard.

Out of all the celebrities that she encountered onboard, Louis is her favorite guest to serve due to his friendly demeanor, and others working in the Asian aviation industry would agree. She met him while he was flying back to Hong Kong from Paris. Aside from his incredibly good looks, Stewardess Sa could not get over how nice the megastar was, and his manager was very handsome as well. 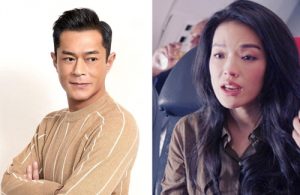 When she encountered Shu Qi, she didn’t think Shu Qi was arrogant or pretended to be above everyone else. Instead, Stewardess Sa found the Taiwanese celebrity to be very cute and friendly. The star took the initiative to converse with the flight attendants and even had sincere conversations with them about her relationship issues. Stewardess Sa is unsure who Shu Qi was referring to, but she is certain it wasn’t about her husband, Stephen Fung (馮德倫), given that they were not together at the time yet. Shu Qi also told the flight attendants that she always wanted to be a flight attendant, but she is not tall enough.

Stewardess Sa disclosed Hong Kong superstar Maggie once had a first-class ticket from Hong Kong to Paris, but the celeb gave up that luxurious spot to sit with her former French boyfriend in the economy cabin when she saw there was an empty seat next to him. Although it is unknown whether the first-class ticket was sponsored or paid out of Maggie’s own pockets, the act shocked the flight attendants, given that a first-class ticket is worth at least 100,000 Hong Kong dollars. Those working in the aviation industry often compliment Maggie for her modesty and manners. 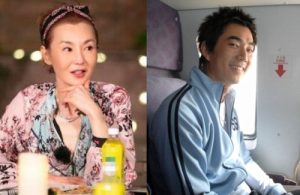 Though Richie was flying first class from Hong Kong to Taipei, he mostly stayed in the business class to be with his wife and children. After the flight took off, he immediately went to find his family in the business class to feed his children. When the plane landed, Richie instantly went to help his wife with the luggage and ensured that they didn’t leave anything behind. Throughout the entire journey, he took care of his family very well, and many flight attendants complimented him for being a great family man.

There was one time when Fat Gor was the last passenger to board the plane because fans had surrounded him to ask for his autograph, and everyone on board had to wait for him. However, he immediately apologized to the crew the minute he got on the plane. Despite the superstar’s tardiness, he exemplified great manners. Stewardess Sa added that her friend said the actor would help the film crew sweep the set, which explains the reasoning for his great popularity. 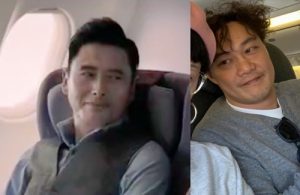 Stewardess Sa had the pleasure of serving Eason twice, and both times he just quietly watched TV. He was on her flight earlier this year when he was flying back to Hong Kong from Paris during the early stages of the pandemic, and he slept pretty much the whole flight. He barely ate and just drank some water. Near the end of the flight, he agreed when one of her coworkers asked to take a photo with him, which led others to line up for pictures with the singer. Afterward, the crew realized that he had just woken up when looking at the pictures, but he still managed to put on a smile for everyone regardless of his fatigue.

Tony is known for being a sincere and friendly person, and Stewardess Ma’s Malaysian colleague can vet for him. The coworker served Tony when he was sitting in first class, and he treated the flight attendant like a friend. The award-winning actor even spilled, “Did you know that people can’t recognize me at all when I go skiing in Japan with all my gear on? It is such a great feeling.” He would even go to the kitchen to chat with the flight crew, showcasing his friendliness, good manners, and unpretentiousness. 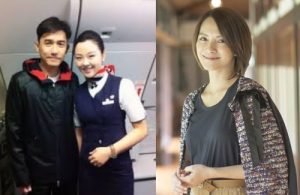 When Stewardess Sa met Angelica, she thought the actress was very elegant and intelligent. She also said Angelica took care of her husband, Oxide Pang (彭順), and stepdaughter very well throughout the flight. The flight attendant also praised how Angelica remained calm when Oxide was previously caught in a cheating scandal. Though the Malaysian Chinese celebrity didn’t respond to the reporters’ questions, Stewardess Sa believes that successful people do not need to respond when such rumors arise.

Jacky once took a long-haul flight to Los Angeles, and as soon as he boarded the plane, his manager went to greet the airline staff in the kitchen and said, “Hi everyone, Mr. Cheung is very tired today. If you want photos or autographs, it might not be a good time today.” The same flight crew served him again on his return trip, and this time, Jacky’s manager went to greet them and said, “Mr. Cheung is doing well today. So if you want photos and autographs, please do so!” 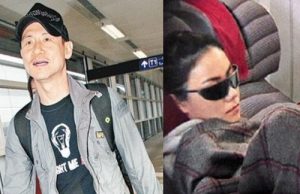 When Kai Tak Airport was still around in Hong Kong, Faye once traveled in the business class. She was like a little girl because once she sat down, she put her feet against the seat in front of her. However, she only did it lightly so that she wouldn’t affect the passenger in front of her. A lot of Stewardess Sa’s colleagues have served her before, and though she may look quiet and cool, she is very friendly and gentle. Whenever people ask her for a photo, she always agrees to the request. 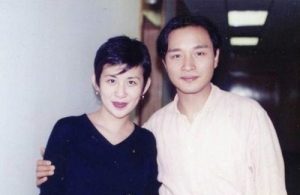 Stewardess Sa also recalls other celebrities whom she has met during her time as a flight attendant. She praised Joe Ma (馬德鐘) for his handsome looks and electrifying eyes. She also remembers meeting the late singer Leslie Cheung (張國榮), who was not only very friendly but also very chic. Then there was Sandra Ng (吳君如), who she complimented for being a good employer because even her foreign domestic helper got to sit in business class with her.

Aside from these recognizable celebrities, Stewardess Sa also shared some funny experiences. A male artiste once approached two flight attendants immediately after boarding the plane and said, “I am so tired, so no photos or autographs.” The two flight attendants were so confused because they didn’t even know who he was. Another celebrity randomly said in English, “I just want to pass away.” Many thought he had suicidal thoughts, but he was just trying to convey that he wanted to pass by the person in front of him.