Starring Yeo Jin Goo and Moon Ga Young, Link: Eat, Love, Kill  has been receiving good feedback since its broadcast. Featuring a compelling mystery alongside romantic scenes, Jin Goo portrays a successful chef who works in the town where his twin sister went missing 20 years ago. He works to escape the trauma, but one day finds himself randomly experiencing the same emotions as another woman.

Although Jin Goo will be turning 25 years old in August, he has already accumulated 17 years of acting experience. It seemed unlikely that he would become an actor due to his introverted personality as a child, but he was inspired after watching a television drama. When I Want to Love was holding auditions in 2005, he ended up beating 150 other applicants to win the role of Yum Jung Ah’s son.

In 2008, he won his first award as Best Child Actor at the 15th SBS Drama Awards for his roles in Iljimae and Tazza. However, his breakthrough moment was really in 2012’s The Moon Embracing the Sun as the younger version of Kim Soo Hyun’s character, as his performance shone equally alongside the adult cast. Over the years, Jin Goo has acted as the younger version of many popular stars including Lee Jun Ki, Ji Sung, and Ji Chang Wook.

When Jin Goo starred in his first 19+ movie Hwayi, he won six Best Newcomer awards that year including one from the Blue Dragon Film Awards. As his career skyrocketed, he has become synonymous with good ratings and reviews. Due to his extensive experience, many fans often mistaken Jin Goo to be older than he actually is!

It turns out that the actor has never dated before, as he prioritizes his career first. However, he prefers girls who like to laugh, eat, and act cute. His interactions with his Hotel del Luna co-star IU warm many hearts. As shown in House on Wheels 2, his attentive side and cooking skills make him seem as the ultimate bachelor and many fans are eager to see whom he will date. 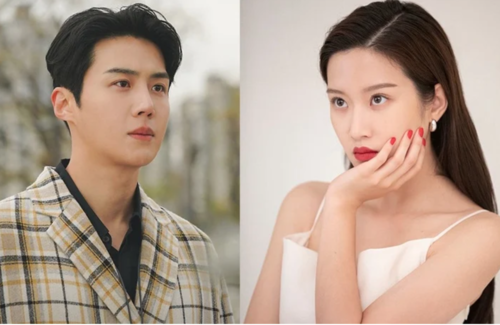