Dating for three years, 39-year-old Benjamin Yuen (袁偉豪) and 29-year-old Bowie Cheung (張寶兒) held their wedding ceremony today at their new home at Mount Pavilia, a new sprawling residential complex in Clear Water Bay. After working together on a travelogue filmed in Africa, the couple fell in love and through their stable relationship, realized marriage is the next gradual step.

Seeing Bowie in her wedding dress and escorted by her father, Benjamin cried and gave a moving speech during the exchange of vows. The groom said, “I thank Bowie for putting up with my impulsiveness. My career had started to take off in these three years, and I am thankful that she is always by my side whether she is happy or unhappy. I feel like it is time for me to settle down, and it’s the right time to marry her.”

Is the Bride Pregnant?

In September, Benjamin officially announced that he had proposed to his Bowie last year. He was in Canada on a work trip which Bowie had tagged along, and he proposed to her in front of Niagara Falls. The couple filed for marriage registration this October, but said at the time that they would postpone their wedding plans due to their busy schedules and the pandemic. 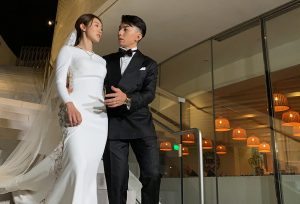 It came as a surprise that as Hong Kong is experiencing its fourth wave of COVID-19 infections, Bowie and Benjamin chose to get married at this time. As Bowie appeared to have a slight belly bump, it was speculated that the couple may have moved up their wedding date because of a surprise pregnancy.

Though she has a slim figure, some camera angles revealed the bride to have a slight belly bulge. Wearing a brilliant diamond necklace and an elegant wedding gown with sexy lace inserts along both sides, Bowie chose a classic look for her custom-designed wedding gown so that in the future, her grandchildren will not find it outdated.

During the evening celebrations, the couple stepped out of their home to speak with the press. Benjamin carefully escorted Bowie down the steep staircase. His arms draped protectively around her, afraid that she may have a misstep. Throughout the descent, Benjamin’s hand hovered over Bowie’s midsection, another telling sign that the bride may already be pregnant.

Despite buzzing speculations, the newlyweds said they have no plans to have a baby yet. Though their parents would be very excited to welcome a baby, Benjamin and Bowie want to enjoy life as husband and wife first. However, Benjamin loves children and can already feel his fatherly instincts rushing out. He joked that their bed is full of traditional Chinese wedding arrangements, including fertility tokens, so they will have to clean up before going to sleep tonight. 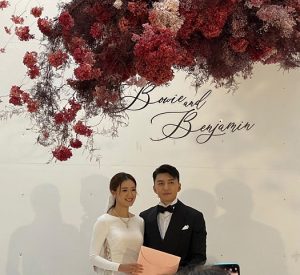 As with other pandemic weddings this year, the couple had to scale down the guest list and come up with creative solutions for a safe socially-distanced celebration. They ended up having to hold their wedding in their home in order to allow their 100 guests enough room to socially distance. As it was a large gathering, the police was alerted and checked in to make sure safety procedures were followed.

Originally, they had planned to travel to Africa for their wedding photos, but ended up in Bali instead for proximity.

Many celebrity friends were invited to the wedding, and Benjamin’s groomsmen included Jazz Lam (林子善), Brian Tse (謝東閔), and Nancy Wu’s (胡定欣) ex-boyfriend Terry Chan (陳明道). Bowie’s bridesmaids included her sister Boanne Cheung (張寶欣), Ashley Chu (朱智賢), and two other friends. Benjamin shared that Nancy Wu and Joel Chan (陳山聰) were able to take on MC duties at the last minute, and Pal Sinn (單立文) helped organize their live band. “I had originally planned to sing ‘When I Fall in Love’ but the guests were all persuading me to sing my new song, so I sang a bit of it with no accompaniment.”

Benjamin refused to disclose the cost of the wedding, stating that the most important thing was that they were able to create happy memories. He will continue working hard so that they can spend it. 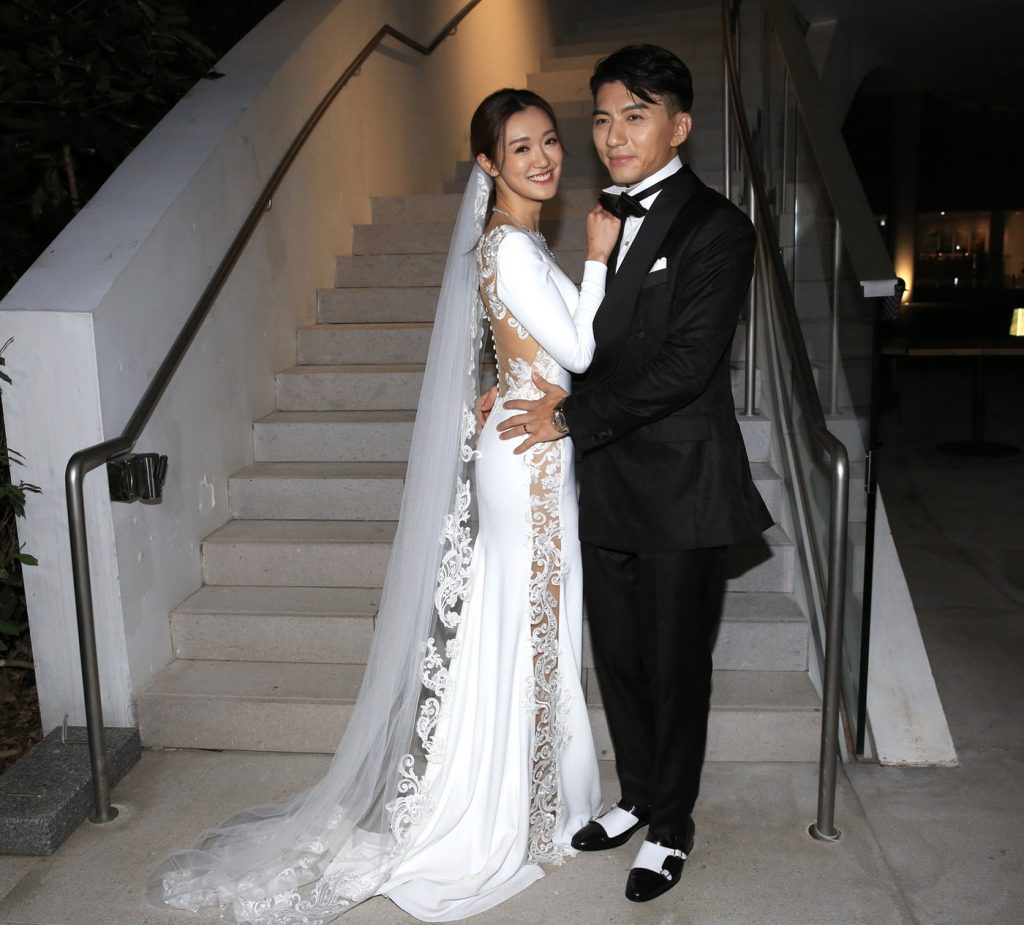 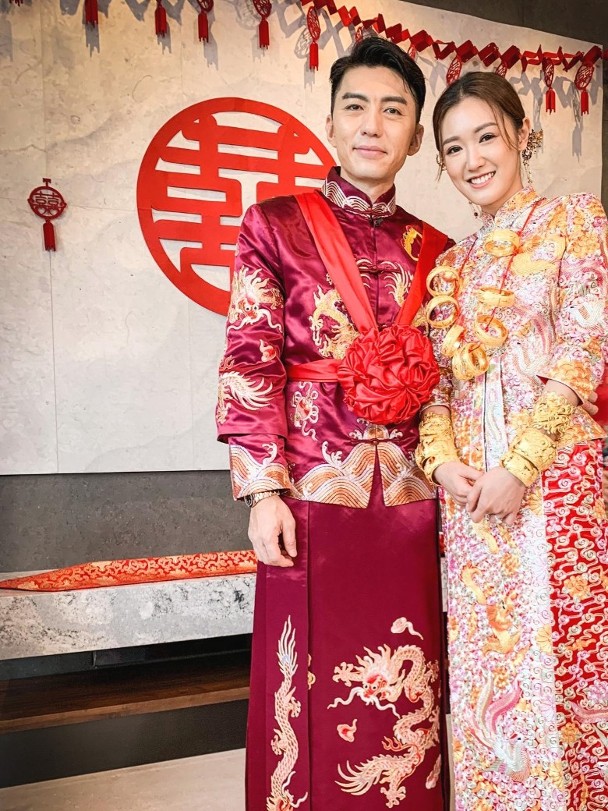 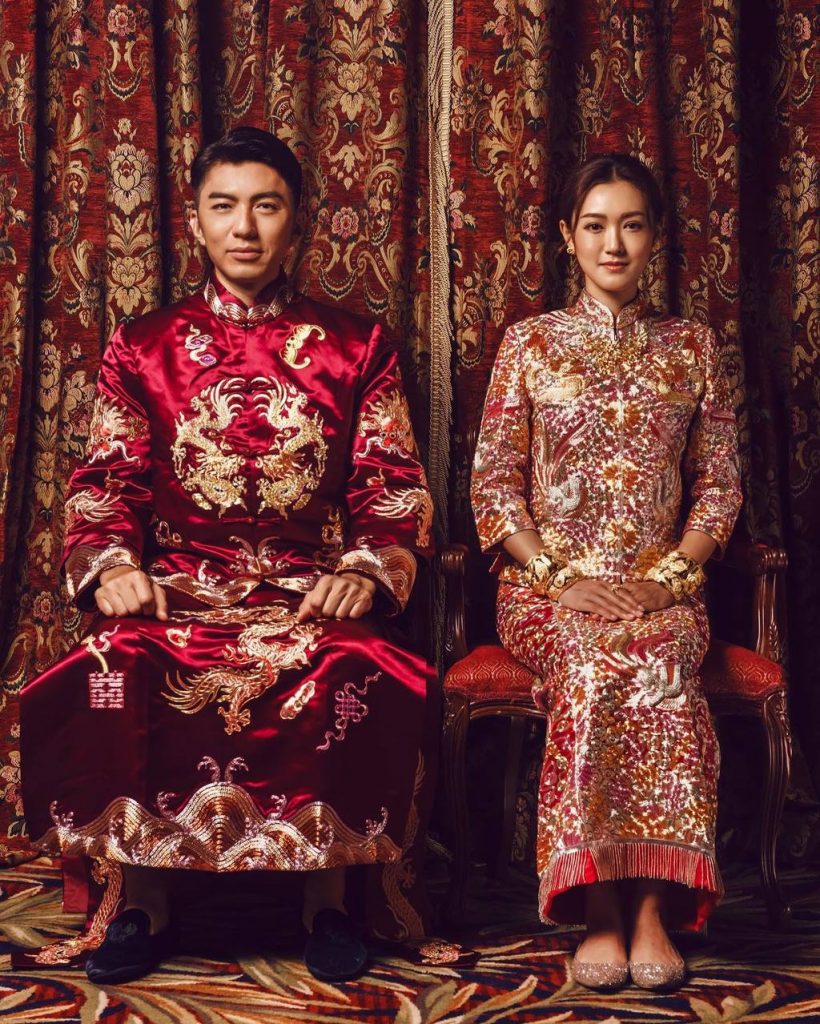 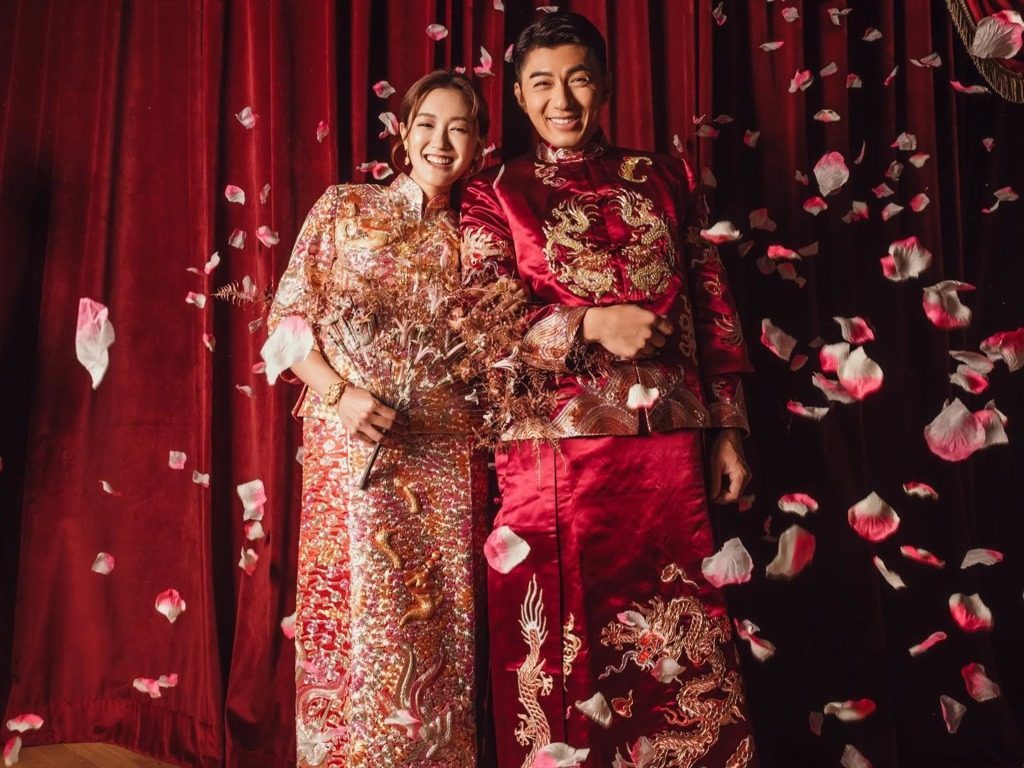 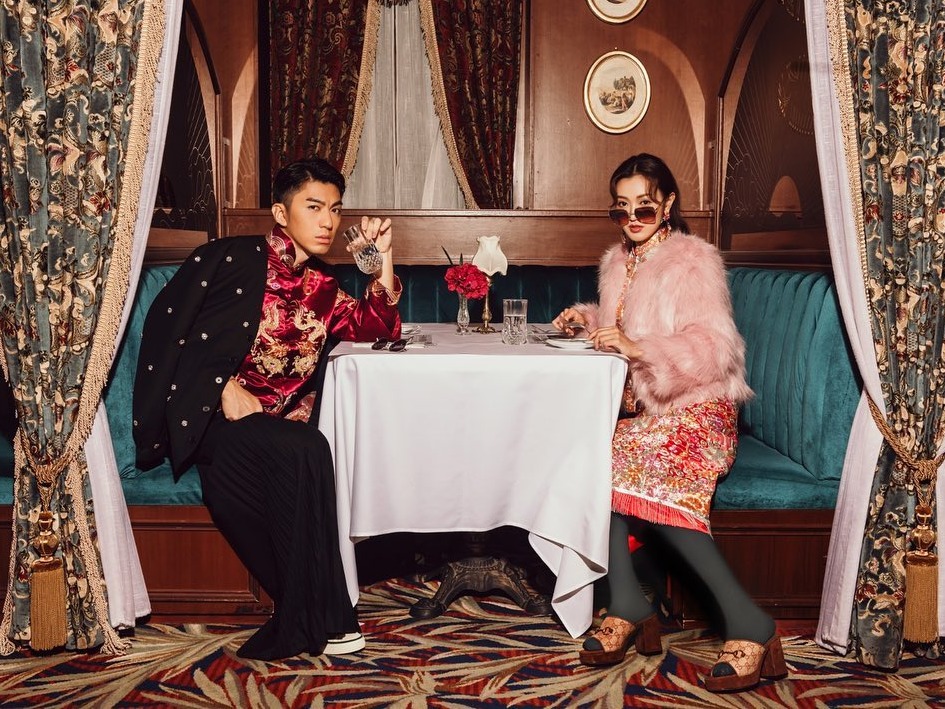 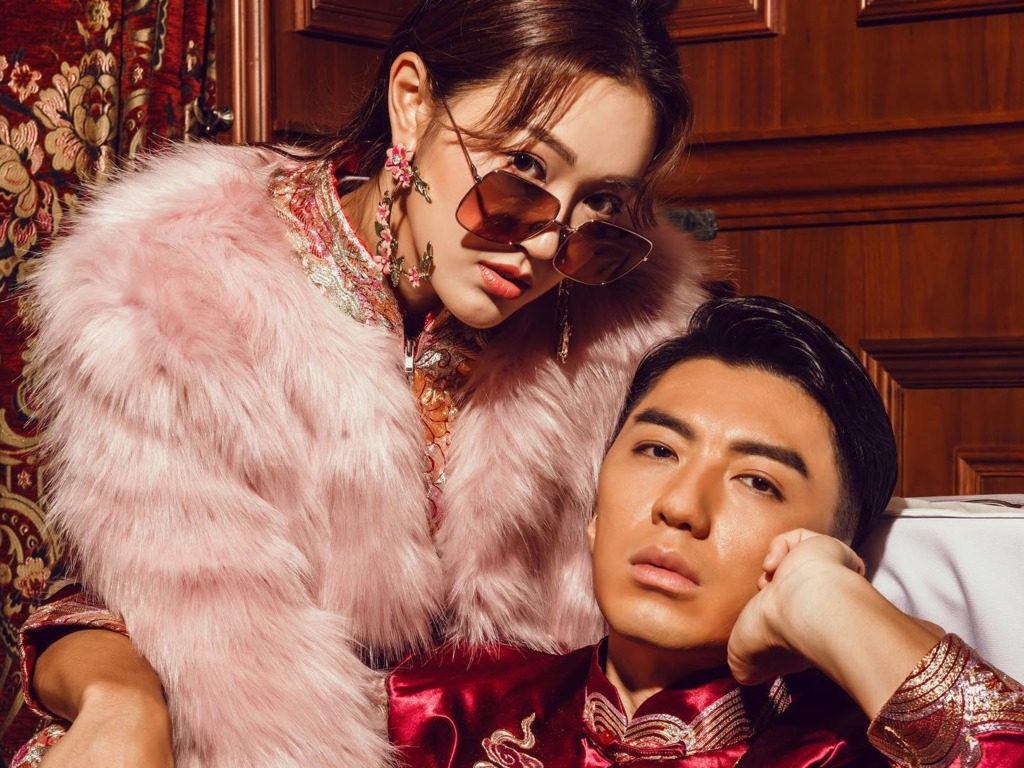 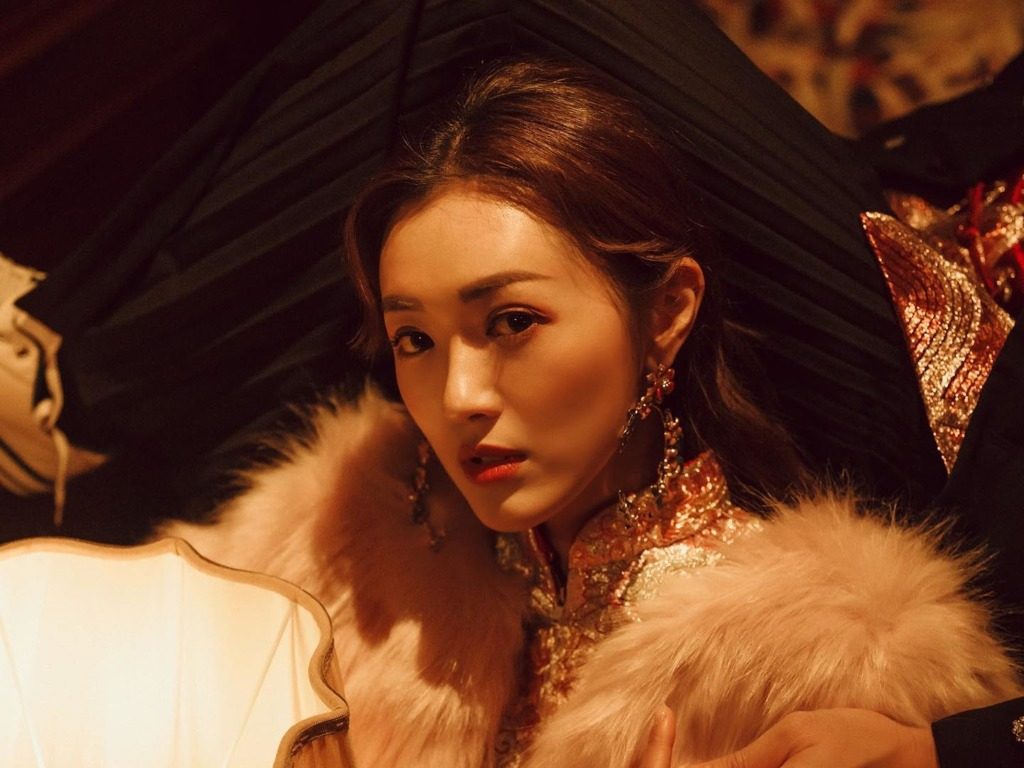 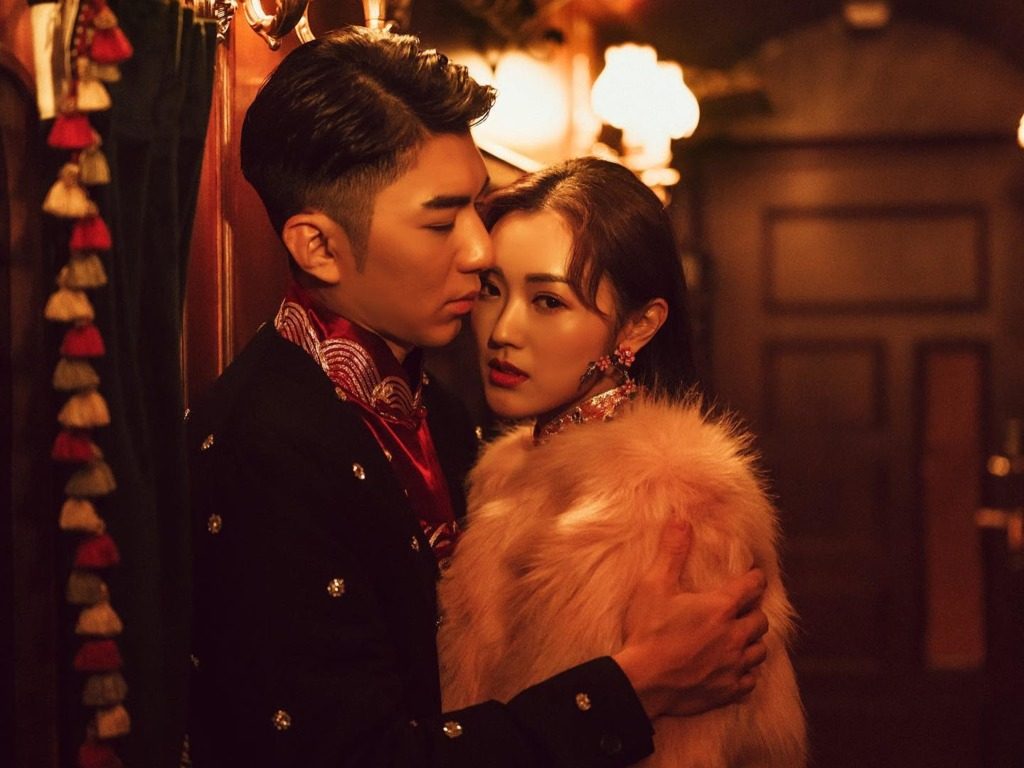 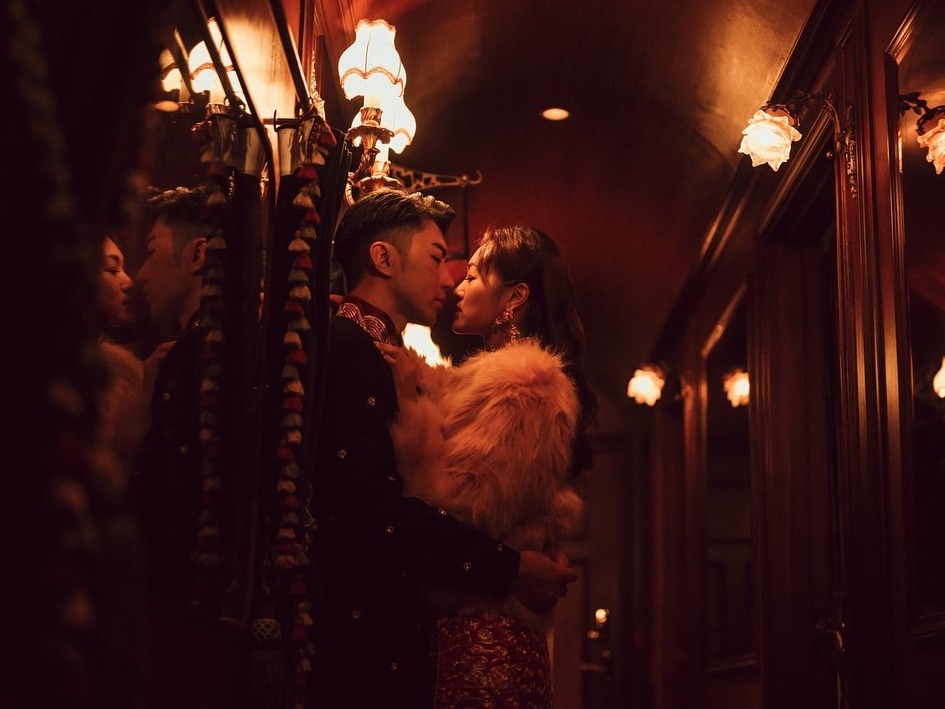