Since starring in Daddy Cool <逆緣>, 34-year-old Carlos Chan‘s (陳家樂) acting career has been flourishing with well-received performances in dramas and movies. Popular with his female costars, Carlos fell for Shiga Lin (連詩雅) after filming a travel show last year. Since their dating relationship is an open secret, it is shocking that Carlos became linked with Miss Hong Kong 2019 Carmaney Wong (黃嘉雯) recently.

In The Line Watchers <把關者們>, Carlos and Carmaney portray inspectors in different departments. Carlos has always been friendly and approachable, often taking care of his juniors. As this is Carmaney’s first drama, she is very nervous and often asks for feedback and tries her best to improve.

When reached for comment, Carmaney denied the rumors with Carlos. She said they are only colleagues and do not contact each other privately. She also denied having broken up with her Swiss boyfriend Matej.

As Carlos does not have many scenes with Carmaney and only saw her three or four times, he is not sure why these rumors started. “This was definitely a big joke! I don’t know how to explain this. But people who have eyes, can read, and look at photos, will understand it is fake news after digesting everything. The news was fabricated out of nowhere, so I really don’t want to respond to such nonsense,” he exclaimed.

Asked how Shiga had responded to the rumors, Carlos laughed nervously at the mention of his girlfriend, “What did she say? I’m the one who feels more helpless over this.” 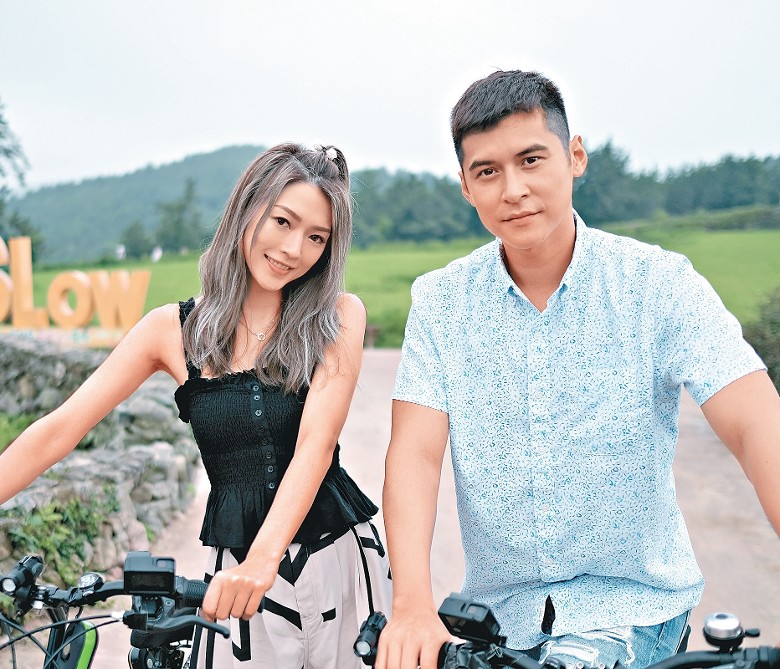