Returning to China for work, Cecilia Cheung (張栢芝) took part in a live streaming sale on a social media platform. Experienced in live selling, Cecilia broke records, selling all the snacks, desserts, and other products that she introduced with sales over 100 million Chinese yuan.

Known for her hard work ethic, Cecilia admitted to having practiced and rehearsed prior to the live broadcast in order to fully present herself as a competent, engaging, and convincing salesperson. Since it was a live session, Cecilia knew there were no second takes and made adequate preparations. It was evident that she was familiar with all the products she was selling, and even taste tested each item during the livestream to provide real-time feedback to the audience. 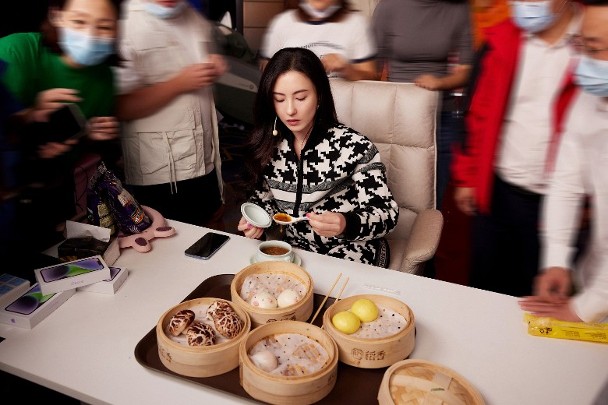 Cecilia’s popularity soared after participating in the second season of Sisters Who Makes Waves <乘風破浪的姐姐2> last year. Although she took a six-month break from work, Cecilia’s popularity has not diminished, as evident from the turnout and response rate during her livestream sales session. The broadcasted session reached a cumulative 60 million viewers!

Following this event, Cecilia has several other jobs lined up in China.