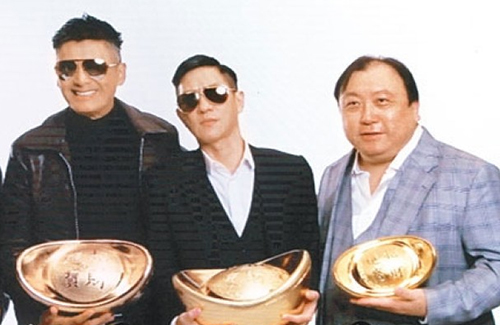 Currently working on the third installment of From Vegas to Macau with Wong Jing, it is said that Chow Yun Fat is eager to make another return for Wong Jing’s 100th film, The Invincible 12 <12金剛>. In addition, Chow Yun Fat will also be starring in Wong Jing’s upcoming movie version of The Bund <上海灘>, a remake of the classic 1980 TVB drama series of the same name, which also starred Chow Yun Fat.

According to various sources, EEG and Shaw Brothers Pictures have reached an agreement on a collaboration, and have decided on producing a remake of the classic TVB series The Bund. Wong Jing is on board to direct, and Chow Yun Fat is confirmed to reprise his iconic role, Hui Man Keung.

In a recent interview, Wong Jing admitted that he has plans to remake The Bund, but denied to reveal further details on the project as it is currently in its early stages of planning.