On May 26, 2020, Stanley Ho’s (何鴻燊) family confirmed to the media that he had passed away peacefully in his sleep at the Hong Kong Sanatorium & Hospital. He was 98.

The Macau-based casino tycoon, also known as one of Hong Kong’s first billionaires, lived a legendary life. He was credited for spurring the gambling empire in Macau, transforming it into the casino haven it is known today. Stanley was infamous for having a large family, akin to an emperor’s royal harem. He is survived by his three wives and fourteen children.

Benny, born into a wealthy Hong Kong family, loses his father to suicide after going bankrupt. With only his mother at his side, Benny grows up learning that he must rely on himself to change his fate. When Hong Kong is surrendered to the hands of Imperial Japan in 1941, Benny and his friend Kwok Ying-nam escape to Macau. Benny returns to Hong Kong years later to invest in real estate. He and Kw

ok befriend the businessman Nip Ngo-tin, and together the trio start an entertainment establishment in Macau. Benny becomes the new company’s chairman, and works toward building a casino empire in the city.

While the film is not an accurate portrayal of Stanley Ho’s life, there are a few similarities: like Benny, Stanley left Macau for a period of time to invest in real estate in Hong Kong. He invested in an architectural firm, and after achieving financial success, he returned to Macau to continue building his casino empire. Like Benny, he allied with Yip Hon and Henry Fok to collaborate in a gambling contract with the Macau government.

Benny’s involvement in the triads to kickstart his financial kingdom had some historical basis, but the film greatly dramatized the events. In an interview, Stanley’s ninth daughter Sabrina Ho (何超盈) revealed that she had asked her father if he was ever threatened with a gun to the head like in the film; Stanley responded with just a smile.

In the sequel Casino Tycoon 2, which is set 18 years later, Benny and Nip Ngo-tin are at odds. Benny is also on the search to find his son’s killer, as he believes that the car crash which killed his son was no accident. This is a direct reference to Stanley’s eldest son Robert Ho (何猷光), who passed away from a car crash in 1981. Robert’s wife Suki Portier also died in the crash. It was said that Robert’s death was one of the triggers that led to his sister Jane Ho (何超英) to suffer from mental illness. Jane passed away in 2014.

Stanley reportedly found the Casino Tycoon films entertaining, and allegedly told Wong Jing that he approved of Andy Lau’s casting, saying that “he was handsome enough” for the role. It was said that Stanley had always enjoyed watching casino-themed films and Stephen Chow (周星馳) comedy films to pass time.

Andy Lau was reached out by media to comment on his death. He said, “Dr. Ho made great contributions to society in his life. May he walk well and rest in peace.” 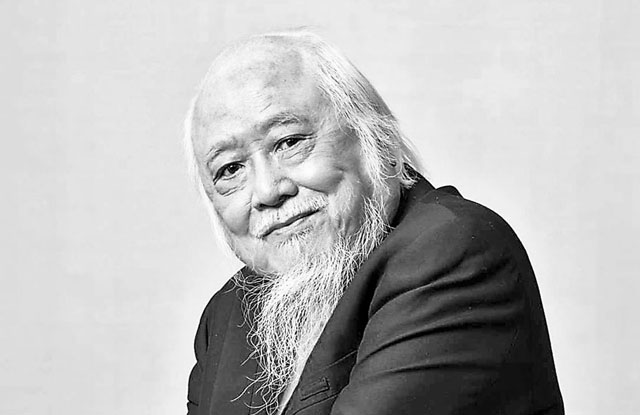 Renown Hong Kong director and actor, Chor Yuen, passed away at the age of 87.