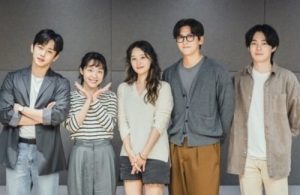 South Korean romance drama City Couple’s Way of Love: My Lovable Camera Thief, starring Ji Chang Wook and Kim Ji Won, is expected to premiere in December with 12 30-minute episodes. Produced by Kakao TV, the short series revolving around the realistic dating lives of young people in a big city will be released on a seasonal basis, with My Lovable Camera Thief kicking it off. The photos shared on November 6 from the drama’s first script reading is drumming up excitement.

Fans have been showing great excitement regarding the potential chemistry between leads Chang Wook and Ji Won, as well as the supporting actors, Kim Min Seok, So Ju Yeon, and Ryu Kyung Soo. With refreshing visuals and bright energy, it is apparent they all arrived at the script reading already immersed in their roles and ready to make the drama a memorable one for the audience. 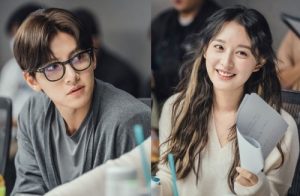 Playing as architect Park Jae Won, Chang Wook looked neat in a gray cardigan with glasses and curtain bangs. Jae Won is not only a passionate and honest architect, but he is also a romanticist. He began referring to Lee Eun Oh, played by Ji Won, as the camera thief after she stole his heart at first sight and disappeared.

Portraying freelance marketer Eun Oh, Ji Won arrived at the gathering with long, curly hair and blond highlights. A free-spirited soul, Eun Oh enjoys traveling to random places under the guise of different identities. It is when she poses as a joyful Yoon Sun Ah that she gets herself romantically caught up with Jae Won. 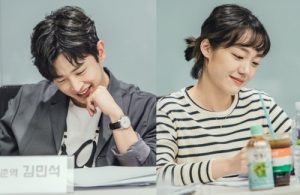 Meanwhile, Min Seok will play Choi Kyung Joon – his first role after getting discharged from his military service in July. Gyung Joon, the junior of Jae Won, prefers a quiet and stable lifestyle. He maintains a simple romantic relationship with Seo Rin, portrayed by Ju Yeon.

With her cute and bubbly disposition, Ju Yeon matches her character Seo Rin completely. Her cheerful personality is the opposite of her boyfriend’s, but they balance out each other. She is also a close relative of Eun Oh, and they both grew up in the same neighborhood. And finally, drawing interest with his performance in Itaewon Class, Kyung Soo takes on the role of Kang Gun. 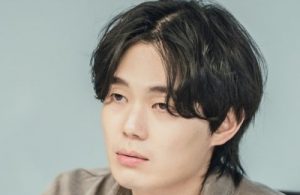 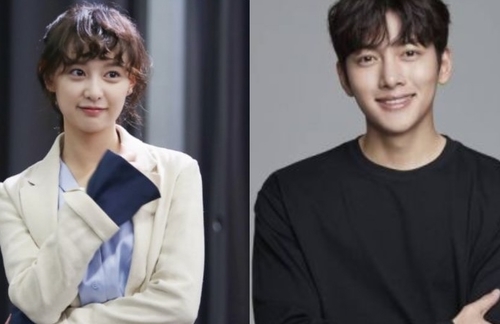 “City Couple’s Way of Love: My Lovable Camera Thief” will air in the latter half of 2020 on KakaoTV.