Could “The Defected” Help Benjamin Yuen Become the Next TV King? 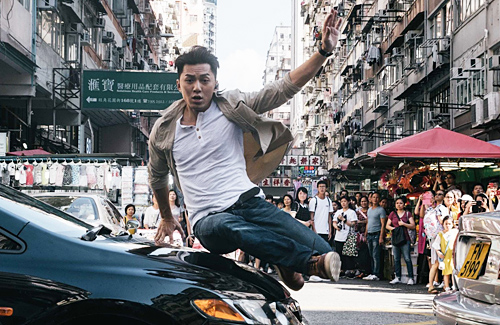 Benjamin began his career in the entertainment industry when he won Yes! Magazine’s School Grass Contest in 1997. Afterwards, he took on a few modelling gigs before entering Mr. Hong Kong 10 years later. Now at the age of 37, he has finally become TVB’s A-list celebrity. Last year, Benjamin even won the Favorite Actor Award for Malaysia/ Singapore Regions

In The Defected, Benjamin portrays a police officer who suffers from a gunshot wound. He even shed 20 pounds for the role to look emaciated on screen. Will Benjamin’s efforts be recognized by the time the TVB Anniversary Awards take place at the end of the year?

From 1997 to 2018 when the TVB Anniversary Awards were held, there were only a total of 14 actors who won the Best Actor award. Among the winners, only three dramas that were released before April received the honors. Dramas aired closer to year-end tend to be more remembered by viewers during the Anniversary Awards time. If that is the case, will the airing of The Defected in April affect Benjamin’s chances at TV King?

10 comments to Could “The Defected” Help Benjamin Yuen Become the Next TV King?