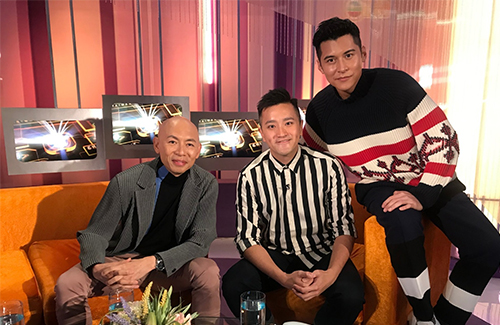 Award-winning director Dante Lam (林超賢) has been directing the ICAC Investigators <廉政行動> television series franchise since 2007. The crime procedural about Hong Kong’s Independent Commission Against Corruption (ICAC) department is a co-production between the ICAC and TVB, and features standalone episodes written by different screenwriters and directors.

When speaking about the upcoming ICAC 2019 series with StarTalk host Edmond Hui (許文軒), Dante Lam shared that he had stepped down from directing duties, opting for a producing role instead. He explained, “I’ve been directing this series for many years, but this time I had to change my role because of scheduling conflicts. I really wanted to continue my participation in the series, so I decided on leaving the directing jobs to four new directors, while I stay on as producer. As a producer, I get to handle things more objectively. I will continue to do these series as long as ICAC still wants me.” 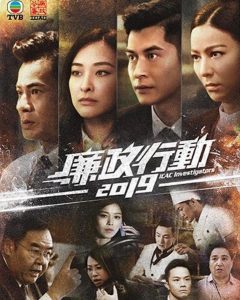 “There were a lot of fireworks,” he said. “I was worried about them at first, because they are relatively younger compared to the rest of the cast. They don’t have as much experience, and to be able to play a story that spans ten years in five episodes isn’t easy, but after watching their performances, I’m very glad to say that I have no more worries. They’ve definitely done their homework.”

Dante Lam also praised veteran actor Kent Cheng’s performance on the show, saying, “There’s just so many levels in his performances. His appearance in a scene alone can change the performances of other actors.”

Carlos was flustered by Dante Lam’s comments. “I’m speechless and flattered. In the past, I used to be worried about how directors think of me, but now that I’m older, I’m more concerned about my roles. I think as long as you prepare well, the director will eventually appreciate you.”