Adapted from a popular historical romance novel, Legend of Anle follows the angst-filled love story between Ren Anle (Dilraba Dilmurat) and Crown Prince Han Ye (Gong Jun). Losing her entire family after they were wrongly accused of treason by the emperor, Ren Anle enters the palace with revenge in mind but finds her loyalty tested when she falls for Han Ye….

Busy with projects left and right, Dilraba had wrapped up fantasy drama The Blue Whisper: Part One <驭鲛记之与君初相识> in June. Turning heads with her appearance at the ceremony, she wore a simple graphic t-shirt and long black jeans. Despite her casual outfit, she still drew attention towards her slim figure and tiny waist.

In hot demand after this year’s Word of Honor <山河令>, Gong Jun had also just wrapped up modern romance Dream Garden <沉睡花园> in June before filming for Legend of Anle started. At the booting ceremony, he also showed up looking comfortable and attractive with a t-shirt, blue jeans, and a topknot hairstyle. Although half of his face was covered with a mask, he appeared well-prepared to play his role as a prince with his strong charisma.

Alongside the gorgeous main couple is second male lead Yuning, who easily got spotted with his 6.25 f00t stature and eye-catching long legs. Fans are excited to see that he will be collaborating with Dilraba again after The Long Ballad <长歌行>. 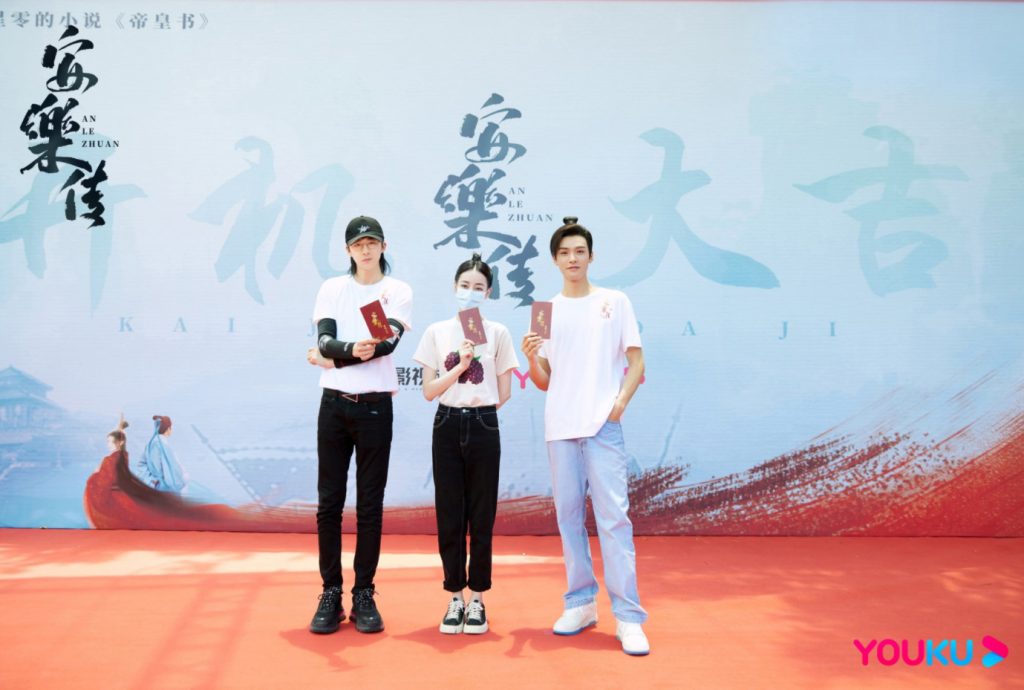