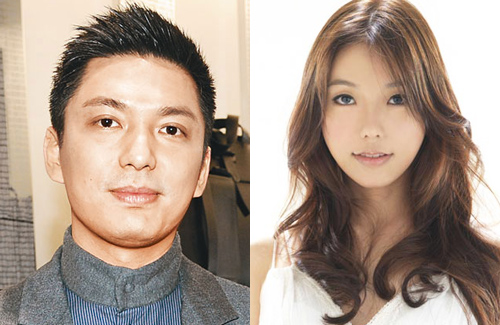 Since Fala Chen (陳法拉) ended her marriage with Neway heir Daniel Sit (薛世恒), he has been involved with several women. After allegedly pursuing singer Cathy Leung (梁雨恩) for more than half a year without success, Daniel appears to be romancing someone from outside the entertainment industry.

According to an anonymous source, Daniel became acquainted with Cathy after renewing his churchgoing habit. He has however failed to capture her heart, as Cathy places great emphasis on the value of purity and is wary of dating. The source said, “He tried to join the church choir to get closer to her. They often met up at various gatherings. But he has not succeeded after more than half a year of trying, as Cathy is a very good girl and is very devout. She wears a chastity ring to remind herself of the need to avoid sin. No man is able to tempt her!”

Daniel may however already be moving on from Cathy, as he was recently spotted holding hands with a mysterious long-haired lady outside a bar at 1 a.m. on December 13. Wearing a black long-sleeved top and jeans, the lady looked like she was in her late 30s and bore an uncanny resemblance to Shu Qi (舒淇). Daniel and the lady adjourned for supper, after which the lady walked out of the eatery wearing Daniel’s jacket. Daniel then opened the door to his sports car for the lady, and sent her home.

When contacted regarding rumors of Daniel’s new romantic interest, Cathy expressed that she had not been in touch with Daniel for a while and that they were just church friends. Cathy added that she was unaware of the details of his love life. On whether she felt that she had missed out on a golden opportunity, Cathy said, “I believe that God has a plan for everything!”

As for Fala, when pressed for a response, she conveyed through her assistant that she had no comment.