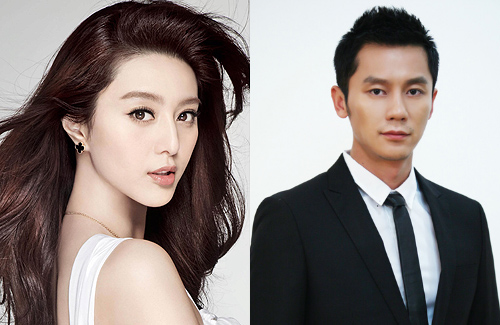 Although romantically linked to Aarif Lee (李治廷) in the past, it turns out that Fan Bingbing’s (范冰冰) may in fact be dating The Empress of China <武媚娘傳奇> co-star Li Chen (李晨), with whom she reportedly spent Valentine’s Day.

Photographs of Li Chen heading over to Bingbing’s hotel room in Shanghai during the Valentine’s Day weekend circulated like wildfire in the media, neither party has directly spoken about the subject. However, both have been flirting with each other through their Sina Weibo blogs.

Evidently prepared for endless questions from the paparazzi, Bingbing put on her best smile and ignored questions about Li Chen during her recent promotions for The Empress of China. When asked whether Li Chen had spent two nights with her in Shanghai, Bingbing absentmindedly answered, “Huh?” Acting confused, Bingbing turned away from the paparazzi almost immediately and did not respond further.

While Bingbing and Li Chen’s secret romance was only exposed recently, the public already began speculating that the 33-year-old actress has accepted Li Chen’s marriage proposal and will be tying the knot in June.