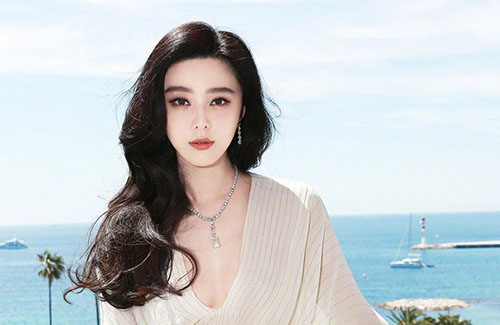 Chinese actress Fan Bingbing (范冰冰) is no stranger to gossip magazines, and as one of China’s biggest superstars, everything about the 36-year-old is topic-inducing. The recent discovery of her younger brother Fan Chengcheng (范丞丞) being a contestant on the boy group survival show Idol Producer <偶像练习生> just gave The Empress of China <武媚娘传奇> actress another reason to be one of China’s most-searched celebirites. Fan Bingbing got back onto social media’s hot search list when the actress was spotted in Japan, kissing a mysterious man. The paparazzi photos swarmed Weibo, and many netizens had assumed that Fan Bingbing was cheating on her fiance, actor Li Chen (李晨). Many netizens also started to tag Li Chen in the leaked photos. But that turned out it wasn’t the case. The mysterious kisser was actually 32-year-old Huang Xuan (黄轩), Fan Bingbing’s costar in their new film. A closer of the photos and a leaked video showed that a camera crew followed the pair as they shot in the streets of Japan.

Fan Bingbing will be back on TV screens this year for the upcoming historical epic, The Legend of Ba Qing <巴清传>. Huang Xuan, meanwhile will star alongside Angelababy in The Entrepreneur  Age <創業時代>.