It is confirmed that Dilireba will reprise her role as the nine-tailed fox demon Bai Fengjiu, while Vengo will be portraying Emperor Lord Dong Hua once again. Their bittersweet love story captured the hearts of viewers in Eternal Love and broke the audience’s hearts with their unhappy ending.

While Eternal Love’s storyline did not follow that of the original book, the sequel might be following it more closely as Eternal Love, The Pillow Book has the rights to remake the novel this time around. Thus, fans of the first installment are curious about how the plot will play out.

In fact, in some photos published by the production team to commemorate filming wrapping up, sharp-eyed netizens pointed out the white-hair child standing in front of Dilireba in the group photo. They made the assumption that the child is Dilireba and Vengo’s son in the drama, who also appears in the novel. This suggests the drama will follow the novel’s storyline pretty closely.

Another photo of three crewmembers carrying a huge object together also sparked an online discussion. At first glance, netizens thought it was the weapon of Emperor Lord Dong Hua. However, the heavy object had the words “cinematography lift” written on it dispelling the rumor. In a group photo with the whole crew, Dliireba’s cross-eyed expression was also caught by netizens, who commented, “Super cute!” 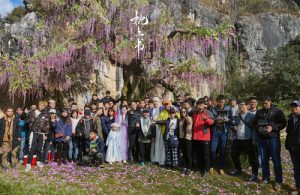 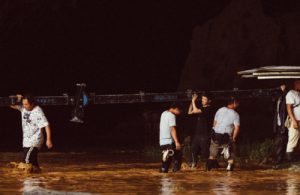 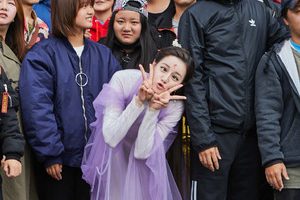