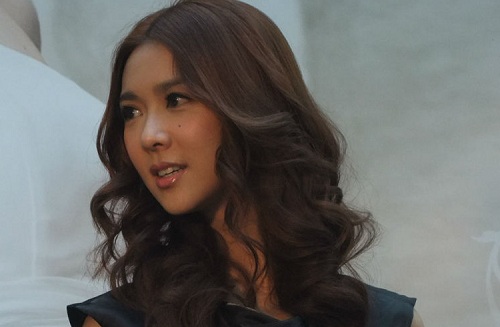 After working 8 years with Warner Music Group, Fiona Sit (薛凯琪) is reportedly ending her recording contract. She will join Paco Wong’s (黄柏高) company, Sun Entertainment Culture. To support her father’s hefty medical bills, Fiona was allegedly moved by Paco Wong’s offer of $6 million HKD for a 2-year contract. Fiona unfortunately is now being labeled as a “traitor” for leaving the company that groomed her career!

Warner Music reportedly was keen to retain Fiona initially. To display their sincerity, Warner Music organized a “Filicious Fiona in Concert” at Hong Kong Coliseum last month to fulfill Fiona’s dream of having a large-scale concert.

There were speculations that Warner Music is disappointed with Fiona’s decision to sign with another company, and decided not to renegotiate the renewal of her contract, while offering Ella Koon (官恩娜) a contract.  Warner Music reportedly paid Ella Koon $6 million HKD for a 3-year contract, which the recording label deemed as a more reasonable fee.

Fiona is the Sole Bread Winner in Family

Since entering the industry, Fiona took on the responsibility to support her divorced parents. As her father was diagnosed with a heart problem last year, Fiona also carried the extra burden of paying for her father’s exorbitant medical bills. A close friend of Fiona lashed out at media reports which branded her as a “traitor.” She revealed that Fiona had no choice but to make the painful decision to leave her present recording music.

“Fiona’s financial stress is enormous! She is the only child in the family; she needs to take on the responsibility of supporting her parents and pay for three apartments. She was worst hit when her father was diagnosed with a heart problem last year. To have a reputable doctor to treat her father requires a large sum of money. For the sake of her family, money has to come first,” said Fiona’s close friend.

Perhaps due to the financial burden and stress of supporting her family, Fiona reportedly battled with severe depression in 2008. Fiona had confessed that she was obsessed with committing suicide, and had even slashed her wrist and took sleeping pills with red wine before. Fortunately, she sought treatment early and has fully recovered.

Khalil Fong: “I Will Always Support Her Decision”

Fiona Sit’s rumored boyfriend, Khalil Fong (方大同), was reportedly the first to know of her intention to leave Warner Music. Although he did not confirm the news directly, he expressed his support for her. “Whatever decision Fiona makes, as a friend and as a colleague, I will always support her.”

While at Warner Music, Kahlil had written many songs for Fiona, and they often collaborated together. If Fiona were to depart from Warner, Khalil indicated that they would still continue to work together even if they belong to different recording labels.

Paco Wong to Groom Fiona As a Big Film Star

Grooming numerous artists such as Sally Yeh (叶倩文), Justin Lo (侧田), Miriam Yeung (杨千嬅) and Kelly Chen (陈慧琳), Paco Wong vowed to propel Fiona’s music and film career to greater heights. He plans to custom-tailor 3 movie roles for Fiona to increase her chances of winning an acting award.  It is reported that Fiona and Paco have already sealed the deal, and the new contract will take effect in September.

Regarding being labeled as “traitor,” Fiona said, “This circle is very small. There is no such thing.” When asked about her 8-year relationship with Warner Music, Fiona was emotional and said that she was not aware that Ella Koon would be joining the company. She also wished that her former company will continue to sign good artists.