Starring Joey Meng (萬綺雯), legendary ATV series My Date with a Vampire <我和殭屍有個約會> is rumored to be getting a film adaptation, with the screenwriter of the original series Chan Sap-sam (陳十三) to helm the project as producer, director and screenwriter. Renamed I Have a Date with Ma Siu-ling <我和馬小玲有個約會> after its central heroine, filming is scheduled to commence in October!

Who Will Play Ma Siu-ling…?

Although it has been over two decades since the series first aired in 1998, it remains an iconic memory for many viewers, and news of its remake is generating considerable interest. Adding to the buzz is the possibility of original cast members joining the cast lineup. Initially chosen to fill Joey’s shoes as sexy ghostbuster Ma Siu-ling, talks with actress Fiona Sit (薛凱琪) presumably fell through. Karena Ng (吳千語) is now reportedly stepping in for the lead role.

As for leading man Fong Tin-yau, the task of portraying the 100-year-old vampire played by Eric Wan (尹天照) will fall on the shoulders of  actor Bosco Wong (黃宗澤).

Fans looking forward to seeing Joey onscreen will be glad to know that while the 51-year-old beauty will not be reprising her role, she has agreed to making a cameo appearance, to lend support to her husband Chan Sap-sam. 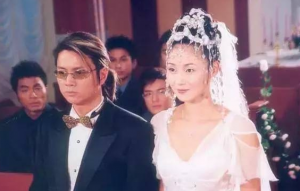