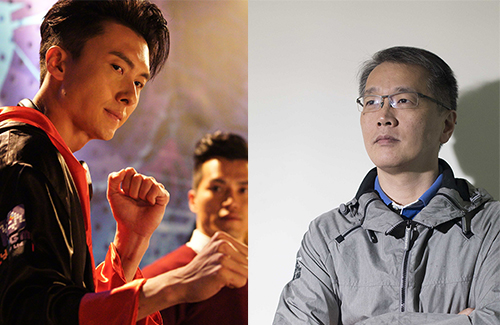 The TVB anniversary drama Fist Fight <兄弟> isn’t a typical family-friendly soap opera that many TVB audiences are used to. Produced by Lam Chi-wah (林志華), who has been creating for TVB since 1988, Fist Fight is meant to be a show that makes you think—or as what the Internet likes to call it, the show is meant to be “brain-burning.” 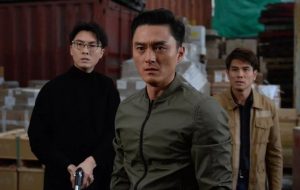 “That is the biggest trend right now,” said Lam Chi-wah in regard to Fist Fight’s story element. “It is now the era of the Internet and progression. When I was creating Fist Fight, I considered using this ‘brain-burning’ element for the show. The viewers today get serious with their content. When they make comments about a show, it’s like they’re writing a thesis. It’s not like how it was back in the day, when you only get to watch something once. The younger generation likes to watch content that makes their brains burn so they can discuss about it. We need to write more in-depth content that requires more thought.”

“Brain-burning” (燒腦) is a neologism to refer to content that demands and consumes more thinking and reasoning. In other words, it requires more “brain power.” Fist Fight is an atypical TVB drama, as it has both brain-burning elements and a “houswife” aspect to the show. It is not easy to combine both genres in one, but Lam Chi-wah has welcomed the challenge.

“Stories like Harry Potter and Lord of the Rings succeeded in doing that. I enjoy them, my daughter enjoys them. That is true entertainment. I tried to use that concept for Fist Fight, putting anything that I know would be entertaining. That balance is hard to find, but it isn’t impossible.

A Platform to Promote Newcoming Stars 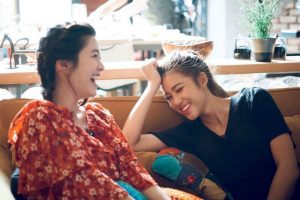 Using Fist Fight as a platform to promote rookie artistes has always been Lam Chi-wah’s intention. He said, “This has always been one of TVB’s visions, and that is to cultivate rookies. I’ve worked with Toby Chan before for Legal Mavericks <踩過界>, and both the company and I think she has potential. We should give her more opportunities step by step. Promoting Kaman Kong and Tiffany Lau came from a joint decision. We both think they have potential to develop, and they are fresh faces for the audience. It is important to add a few rookies here and there in every drama—it’s a four win, for the company, for the actors, for me, and for the audience. TVB produces many different genres of dramas, and while using experienced actors is important, new actors are also needed, especially for a show that is about the Internet.”

Using rookie actors is not the only thing that Lam Chi-wah is known for. He also casts many regulars in his shows, particularly Vincent Wong. The Legal Mavericks star has been in 10 of the 16 dramas that Lam Chi-wah has produced since 2010. Lam Chi-wah insists that it was all just coincidence and fate. “I never said I won’t do a drama if Vincent Wong isn’t in it. In fact, he was not my first choice in many of the dramas I’ve produced. I have no power in making him my regular! Haha!”

Several netizens have pointed out that Dayo Wong (黃子華) would have been a better pick to play Fever instead of Vincent, but Lam Chi-wah quickly came to Vincent’s defense, “Every actor has his own charm, and while Dayo would definitely excel in a role like Fever, Vincent has his own special element. He has a stronger scholarly vibe, more middle class. He gives you a feeling of individualism and maturity. He’s also younger and more relatable to the current generation.”

Thoughts on TVB’s Plummeting Ratings: “It’s Not Because Our Quality Dropped” 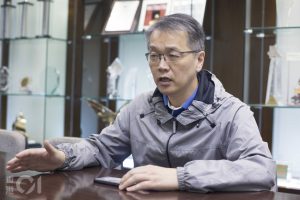 Having worked with TVB since its high and mighty glory days of the 80’s and 90’s, Lam Chi-wah acknowledged that the station is going through a major dramatic change. TVB’s ratings in the last decade has dropped immensely—on normal days, an average rating would be 30 points, but in the past year, a 27-point average is considered great.

For many old TVB fans, the glory days are now gone, but for Lam Chi-wah, he has a different take. “I’m going to spin it around. In the past, it was a miracle. How many stations can reach 50 points in ratings? It was a different scenario in the past. Hong Kong is very small, so how many television stations can it really take in? Family life has changed. In the past, television was the only entertainment, but now we have more choices for media consumption. I don’t think it’s because our quality has dropped, but because people now have more ways to find entertainment. In the past, there was only one television set, but now we have numerous portal devices. You can watch anything. In Mainland China, a 1.6 point rating would get an applause. A 3 point rating, you’re popping champagne bottles.”