The paparazzi first caught wind of G.E.M. (鄧紫棋) and Mark Ngai’s romance in 2016, but the confirmation didn’t come until they were spotted holding hands in Tokyo’s Shibuya district the next year. In addition to being her lover, the rich second-generation Mark is also JW‘s (王灝兒) ex-boyfriend and G.E.M.’s stylist, often accompanying her on work trips. In a steady relationship for the last few years, rumors swirled that they got married in Thailand this May, but G.E.M. already refuted the allegations. Now, a new rumor has surfaced, adding to the endless stream of negative news that has followed Mark in recent years.

Today, a source disclosed that Mark participated in a brawl at a Causeway Bay bar on December 31, 2015. He allegedly fought someone over a girl, and he had wrapped a belt around his fist and used the belt buckle to hit the other party’s head repeatedly. As a result, Mark was reportedly charged with one count of injuring someone and one count of assault. Though he tried to appeal the charges, he was eventually convicted and sentenced to three months and three weeks of imprisonment in September 2017.

The source claimed that G.E.M. tried to protect Mark’s image by covering up his prison time. To pretend as if nothing happened, she helped him post on his social media accounts while Mark served his sentence. Both Mark and G.E.M. have not addressed the rumors yet. Meanwhile, JW said, “I haven’t contacted him in a long time, so I’m not sure.” 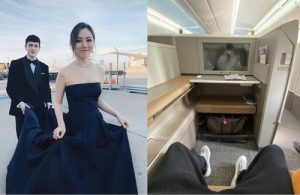 The imprisonment allegation is just one of the many rumors about Mark. Fans previously exposed Mark’s irritable personality, as well as his love for showing off his wealth on social media. For example, he often accompanies G.E.M. on work trips and posts pictures of himself sitting in business and first-class seats on flights. Despite his own wealth, there are speculations that G.E.M. gave him money to open his fashion brand. Fans are not happy that he interferes with his girlfriend’s career and finances. Reportedly, Mark even boasted to his friends that his girlfriend would not hesitate to give him tens of millions of cash if he asked. 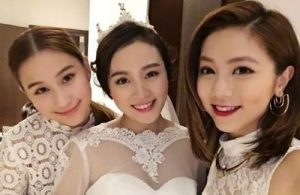 When reporters reached out to G.E.M.’s good friend Renee Lee (李蘊) about the rumors, she frankly said she is not that familiar with Mark. As for rumors of his imprisonment, she replied, “I really don’t know, so I can’t respond. I haven’t seen G.E.M. in a long time because of the pandemic. We chat on the phone from time to time. I call her sometimes to see how she’s doing. The most important thing is that she is happy.”

As for Mark’s alleged bad temper, Renee expressed that her impression of him is that he is polite and gentlemanly. She also has not seen him lose his temper before.